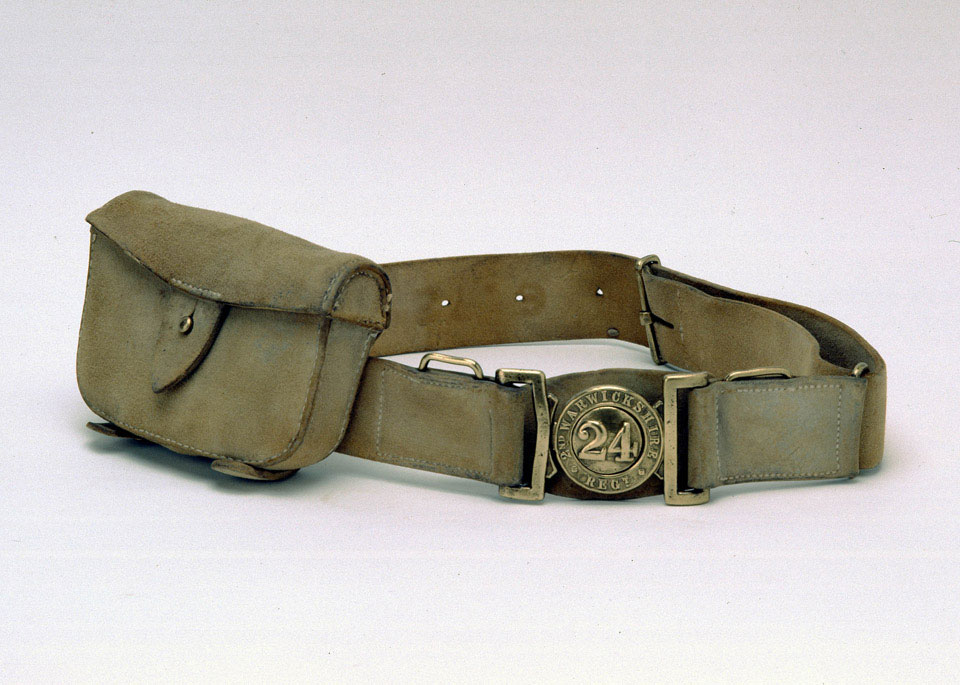 This waistbelt and an accompanying ammunition pouch were part of the standard British Army equipment in use during the Zulu War of 1879. This belt was worn by a member of the 24th (2nd Warwickshire) Regiment of Foot.

A large quantity of weapons and equipment was recovered and subsequently used by the Zulus after their overwhelming victory at Isandlwana. The belt is from a collection of objects relating to Major General R J C Marter, 1st (or King's) Dragoon Guards, who captured the Zulu ruler King Cetshwayo after the Battle of Ulundi in 1879. A paper label with the belt states 'Taken from Cetywayo'.

According to records held by the Regimental Museum of the South Wales Borderers, the regimental accounting number ('2 24/ 413') on the reverse of the belt and accompanying ammunition pouch indicate they were issued to Private Thomas Ales of the 1st Battalion of the 24th. Private Ales was born in Liverpool and enlisted on 24 July 1874 at the age of 22. He was awarded the South Africa Medal with 1877 and 1878 clasps but is not listed amongst those killed at Isandlwana.