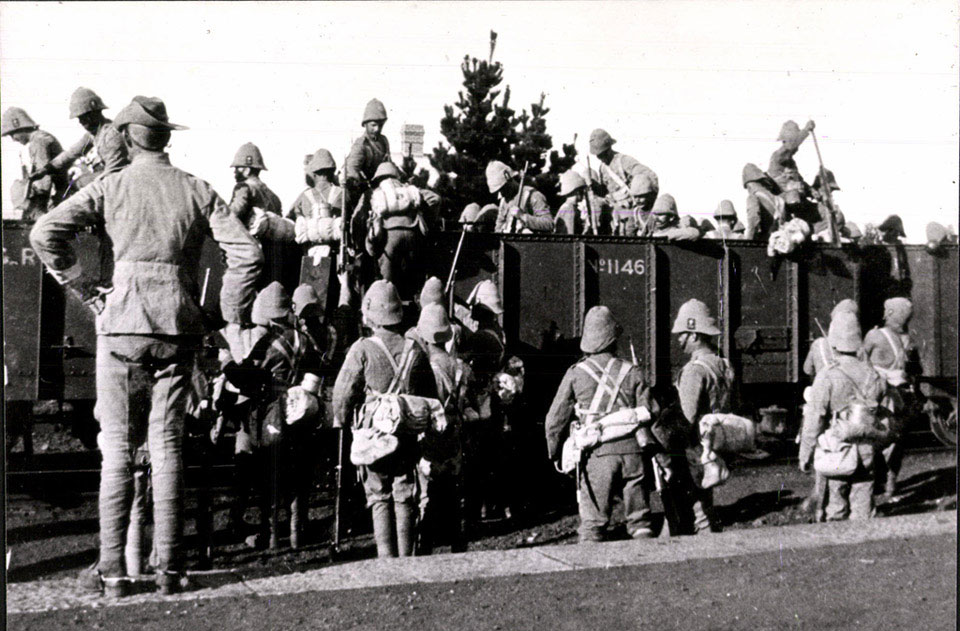 Both regular battalions of the Royal Irish Fusiliers served in South Africa. 1st Battalion fought at Talana Hill (1899), where it suffered heavy losses, and was then besieged at Ladysmith until relieved by a force that included 2nd Battalion. The latter had fought at Colenso (1899) and Pieter's Hill (1900) before entering Ladysmith.