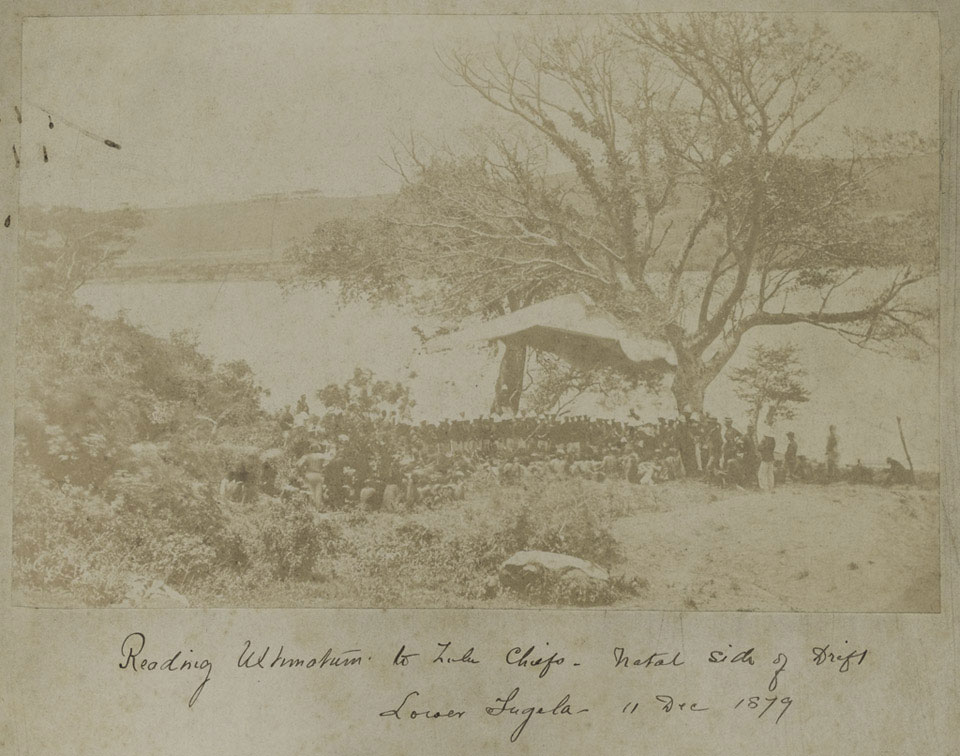 The reading of an ultimatum to Zulu chiefs on Natal side of Drift Lower Tugela, 11 December 1878

On 11 December 1878 emissaries of the Zulu king, Cetshwayo, met with representatives of the British High Commissioner, Sir Bartle Frere, to hear the findings of the Boundary Commission appointed to arbitrate in a border dispute between the Zulus and the Transvaal Boers.

Frere had gambled that provided he could undertake a short and successful campaign before his superiors had time to interfere, he would be applauded afterwards on the success of the result. Though the Commission found in favour of the Zulus, conditions appended to the judgement amounted to an ultimatum: the Zulus were given 30 days to dismantle their military system or face the consequences. It was a cynical proposal devised solely to be refused, and on 11 January 1879, Lord Chelmsford's forces crossed the border into Zululand.