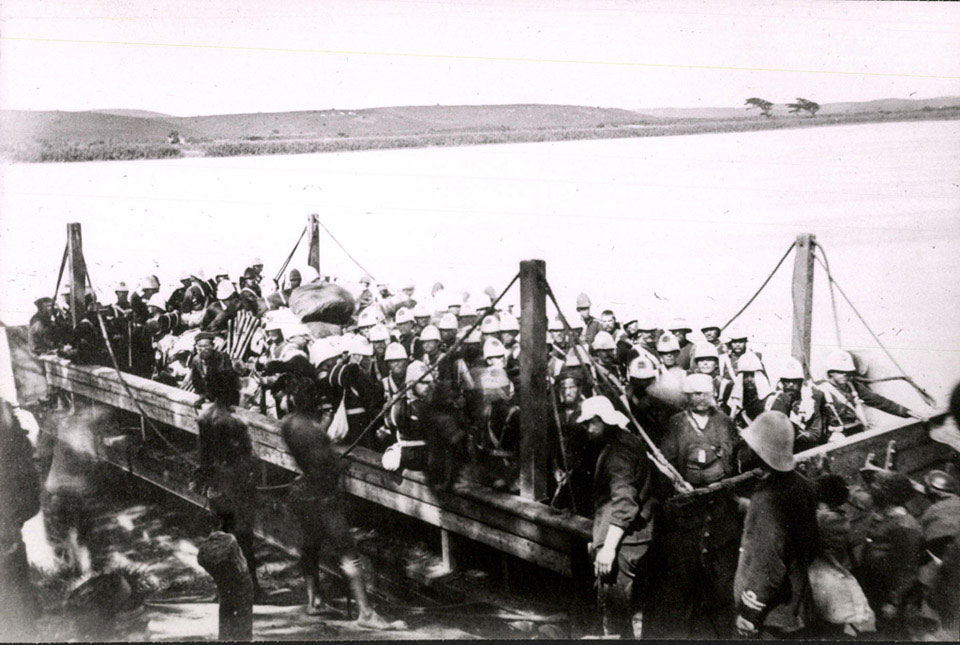 A company of the 99th Regiment cross into Zululand by pont at the Lower Thukela Drift, 12 January 1879

Lieutenant-General Lord Chelmsford invaded Zululand in January 1879 to enforce British demands for federation and the disbandment of the Zulu army. The invasion force was split into three columns, with the 99th attached to the right flank column of Colonel Charles Pearson.

From an album of 26 photographs by J Lloyd, West End Studio, Durban, Natal.