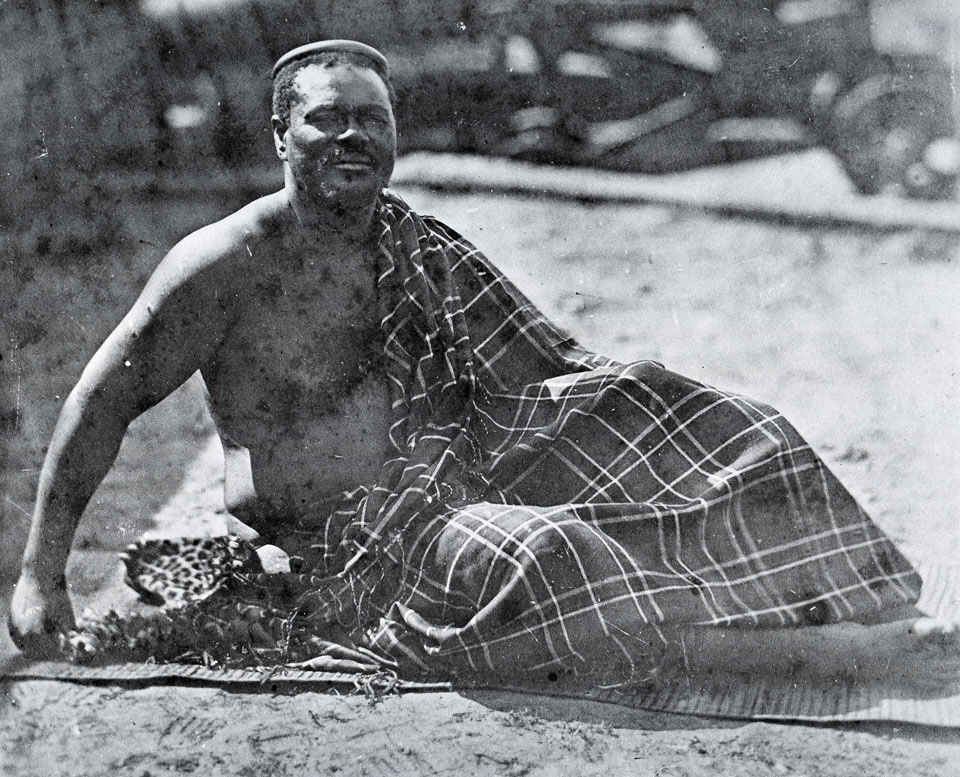 Cetshwayo was King of Zululand, a territory bordering Natal and the Transvaal. In 1878 he refused to disband his Zulu army or to cooperate with Sir Bartle Frere's plan for imperial federation in South Africa. In January 1879 a force commanded by Lieutenant-General Lord Chelmsford invaded Zululand. Cetshwayo's army resisted bravely, but the king became a fugitive after the Battle of Ulundi (4 July 1879). He was taken prisoner in August. Deprived of his kingdom he was sent into exile at Cape Town.