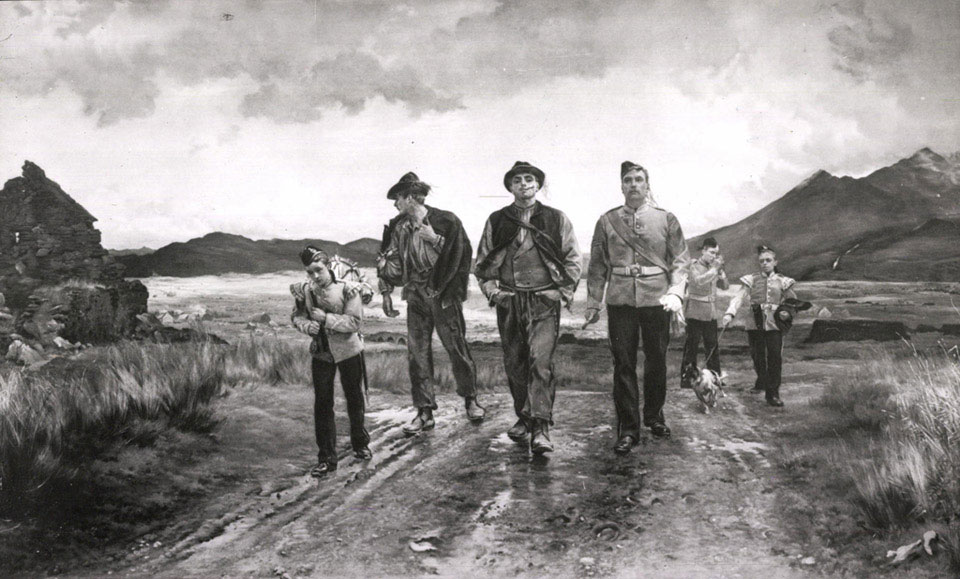 Shows recruiting in a Kerry Glen in the 1870s. Two newly recruited Irish peasants are being conducted through the wild landscape of western of Ireland by a recruiting part of the 88th (Connaught Rangers) Regiment of Foot. Leading the recruiting party is a sergeant, shown on the right wearing a sash. Beside him walk the two new recruits, one striding boldly forward smoking his pipe, the other looking wistfully behind him. To the left of the recruits is a drummer boy wearing his drum slung over his shoulder. Behind this group are two more soldiers; a private who has stopped to light his pipe and another band boy, a fifer, holding a dog on a leash.

The artist, Elizabeth Southerden Butler (née Thompson, later Lady Butler), was inspired to paint this scene when she honeymooned in the west of Ireland shortly after her marriage to Major William Butler in 1877.