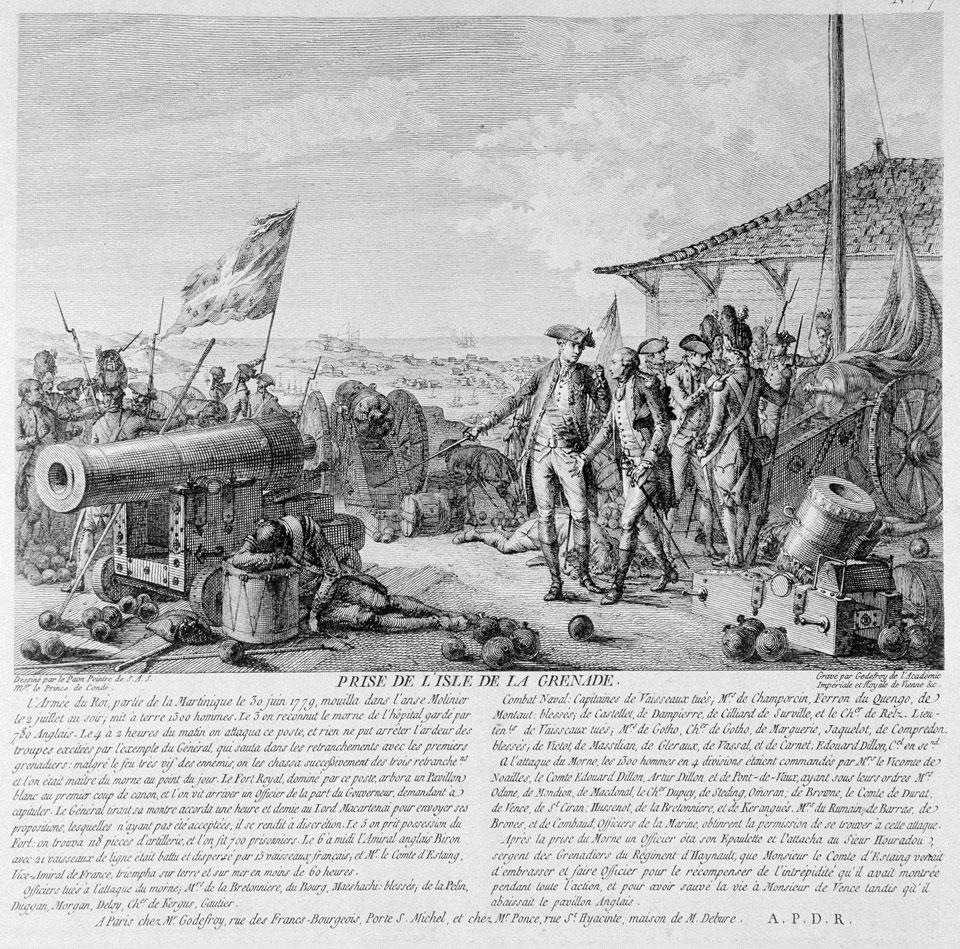 After the Battle of Saratoga in 1777 the French entered the War of Independence (1775-1783) on the American side. The French wanted revenge for their defeats during the Seven Years War (1756-1763). The subsequent fighting in the West Indies was marked by naval raiding and skirmishing. Although the French succeeded in capturing several British possessions in the Lesser Antilles, including Saint Lucia (1778), Grenada (1779) and Tobago (1781), Admiral Rodney's naval victory at the Battle of the Saintes in April 1782 ended French hopes of taking Jamaica. It also safe-guarded the vital Caribbean trade and did much to restore flagging British morale.