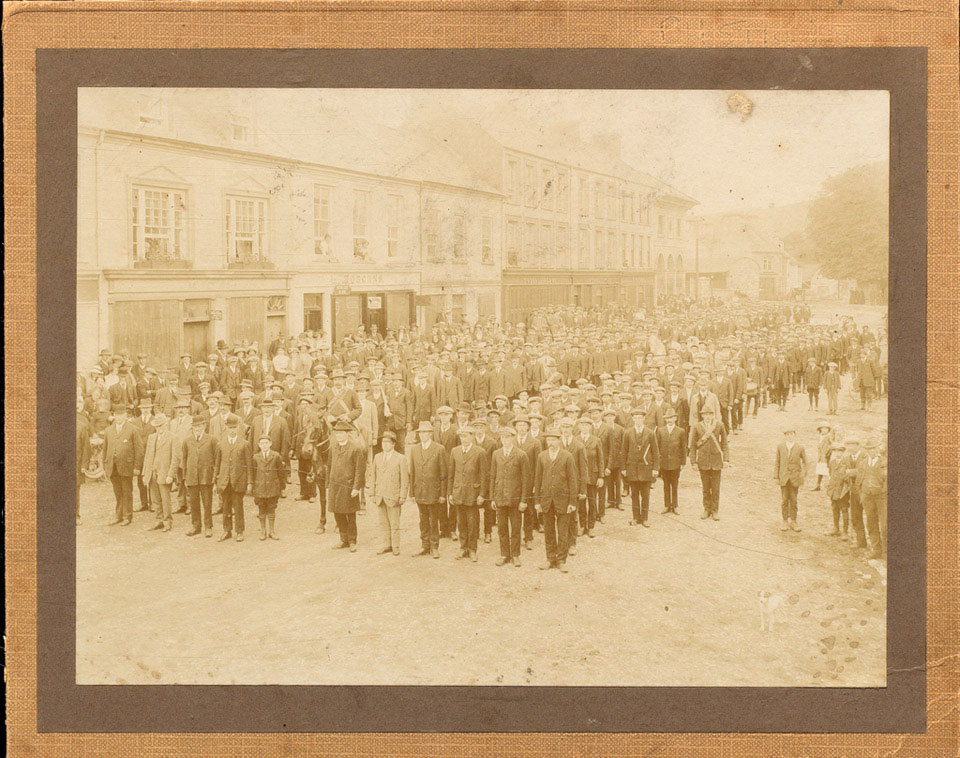 National Volunteers formed up in ranks in a street in Kenmore, Ireland, 1916

In November 1913 during the Irish home rule crisis a nationalist paramilitary unit called the Irish Volunteers was established. Its creation was a direct response to the formation of a similar unit, the Ulster Volunteer Force, by Ulster Unionists the year before. On the outbreak of the First World War in 1914 the Irish Volunteer movement split. The great majority chose to side with John Redmond, leader of the Irish Parliamentary Party, and champion of home rule. These took the name National Volunteers and, at the behest of Redmond, joined the British Army in large numbers in the hope that this display of loyalty to Britain would help to advance the cause of home rule. The minority retained the name Irish Volunteers. Falling under the control of the militant Irish Republican Brotherhood (IRB) they sought to advance the cause of Irish independence through the means of armed rebellion.