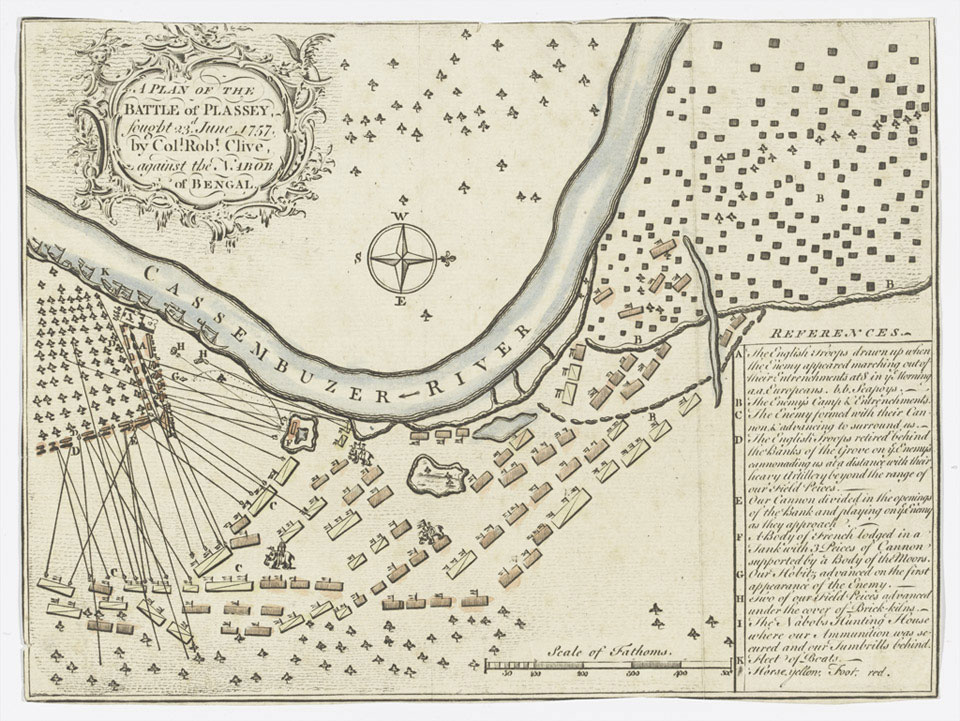 Robert Clive's victory at Plassey gave the East India Company control of Bengal, India's richest province. It started a process that resulted in British rule over much of the sub-continent.

In 1756 Siraj-ud-Daulah, a French ally, attacked the Company's Bengal settlements, seizing Calcutta. Many Europeans died there in the infamous 'Black Hole'. In response, Clive was sent from Madras. He retook Calcutta, seized the French fort of Chandernagore and marched against Siraj.

They met on 23 June 1757 near the Bhagirathi-Hooghly River. Clive was heavily outnumbered and outgunned. The opening skirmishes were inconclusive and the battle evolved into an artillery duel. The British won after heavy rain soaked Siraj's gunpowder - Clive's gunners having covered theirs with tarpaulins. At this point, Mir Jafar, commanding the Nawab's cavalry, refused to fight, having been secretly bribed by the British. When Siraj was assassinated, Mir Jafar replaced him as Nawab and later ceded control of Bengal to the British.