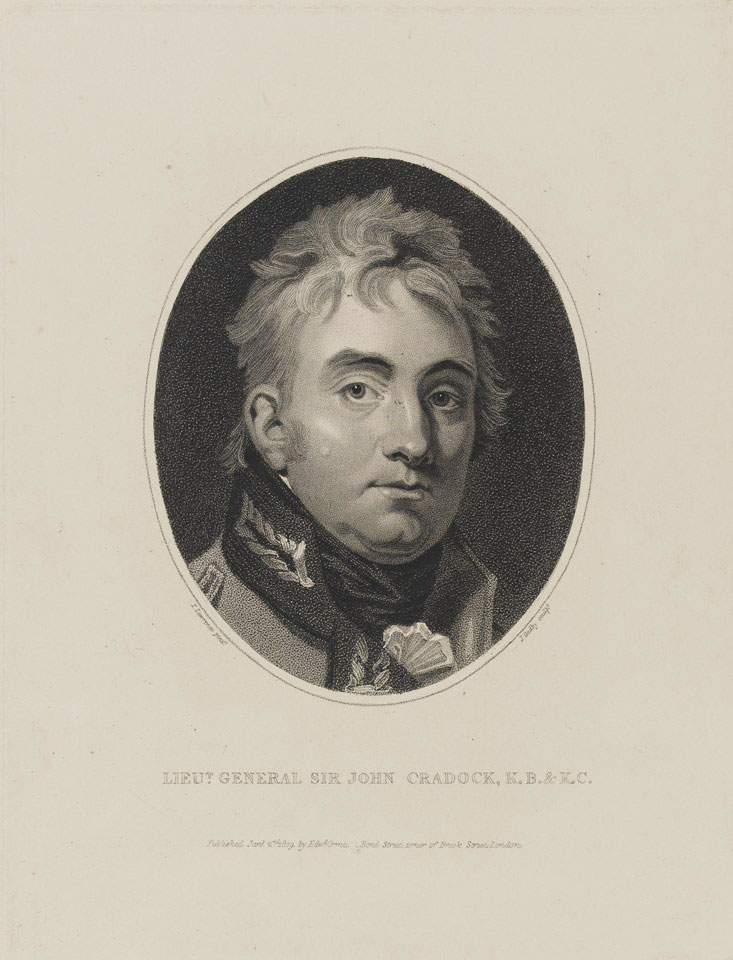 General Sir John Francis Caradoc, 1st Baron Howden, Commander in Chief, Madras 1803-1807, was recalled to Britain by the Court of Directors of the East India Company as a result of his mishandling of the situation at Vellore in 1806. A mutiny by Hindu and Moslem Indian troops had broken out against the Madras Army's new dress regulations that required the removal of beards, caste-marks and ear rings. Cradock changed his surname to Caradoc in 1820.