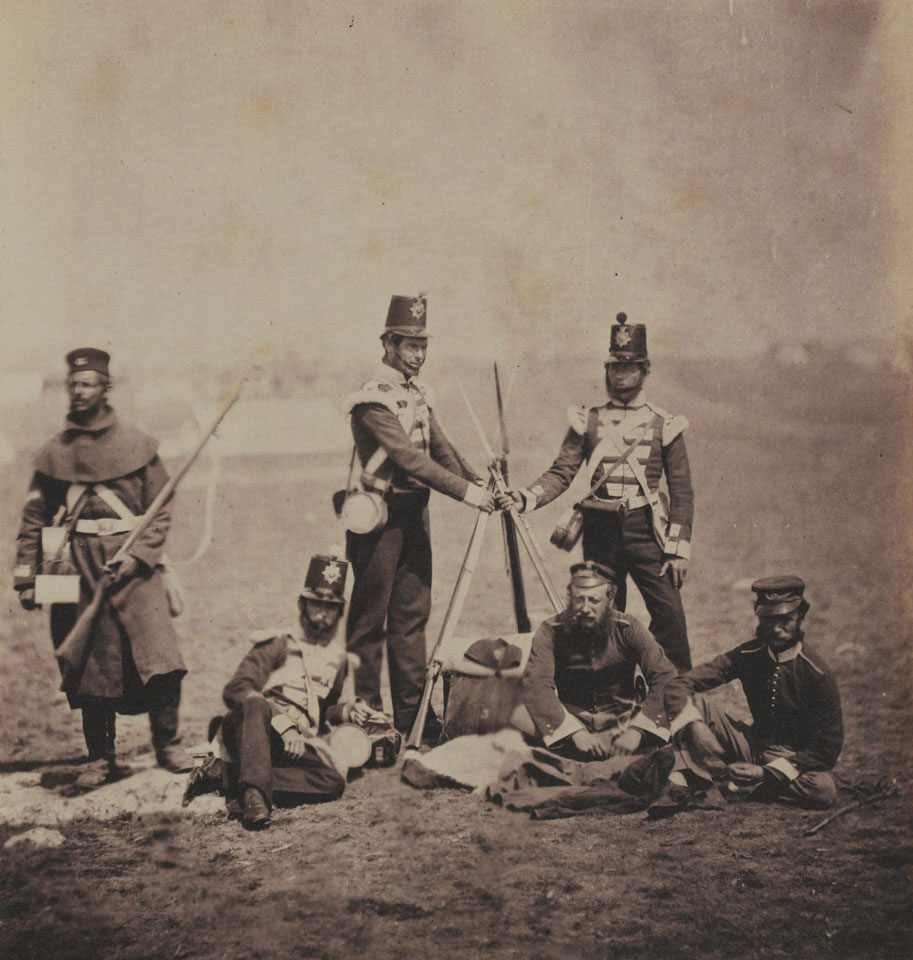 The two soldiers standing in the centre wear a waistbelt with a black leather ball bag attached to its front. Their ammunition pouch and pouch belt is carried over the left shoulder.

Equipment during the Crimean War (1854-1856) was not yet standardised and individual soldiers often discarded or adapted their own equipment for comfort, or when climate and conditions changed. As the war continued, the new waistbelt, which had been worn by some regiments at the start of the campaign, was increasingly issued. However for some, they were never received. Major-General James B Bucknall Estcourt (1802-1855), reported in a letter in of February 1855 that none of the regiments had received the new belt since arriving there.

In addition to the principal ammunition pouch that hung at the soldier's back, for active service infantry were issued with a rectangular black leather pouch or ball bag, also for carrying cartridges and percussion caps. It was in use from 1855-1856 and was carried in the Crimea. The pouch was attached to the front right side of the waistbelt, providing an immediate, more accessible supply of ammunition.