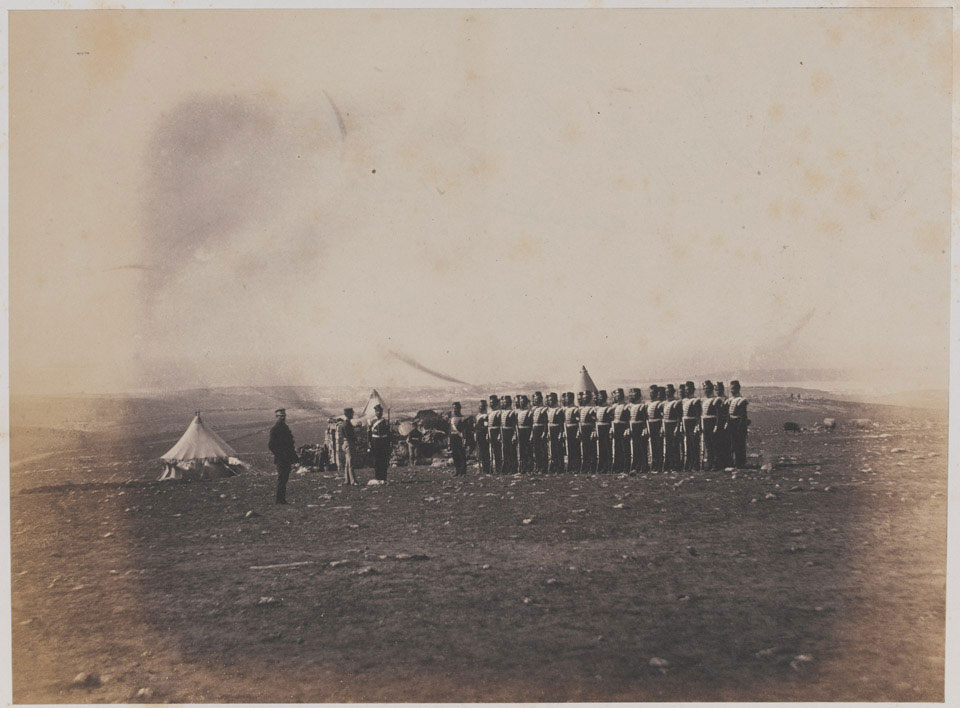 Lieutenant-General Sir John Campbell and the remains of the Light Company of the 38th (1st Staffordshire) Regiment of Foot, 1855

During its service in the Crimea the 38th were part of Sir Richard England's 3rd Division.

Campbell was the son of General Sir Archibald Campbell (1769-1843).He joined the 38th (1st Staffordshire) Regiment of Foot, his father's regiment, as an ensign, in 1821. He served in Burma and in Canada, before purchasing the ranks of major in 1837 and lieutenant-colonel in 1840. Campbell took command of the 38th Foot in 1841. He succeeded his father as Baronet of New Brunswick in 1843.

In 1854, John Campbell, 2nd Baronet of New Brunswick, was given temporary command of the 4th Division at the Siege of Sevastopol until Lieutenant Henry Bentinck took over in June 1855. Campbell subsequently volunteered to lead elements of the 4th Division taking part in a major assault on the Redan, a strongpoint held by the Russians, and was killed in action on 18 June 1855.