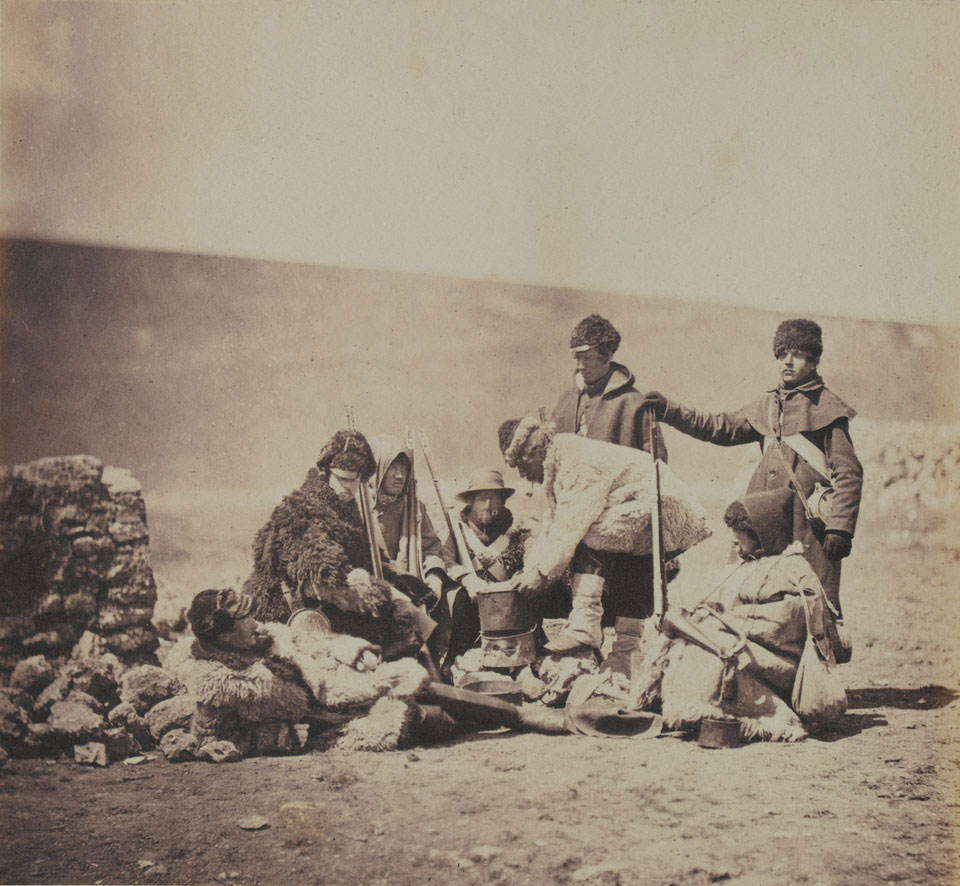 The 47th (Lancashire) Regiment of Foot was part of the 2nd Division. By the time the photographer Roger Fenton arrived in the Crimea it was already spring and he had to ask the troops to don their winter clothing specially. Replacements for the warm clothing lost on the 'Prince' had begun to reach the Army by January. The gratitude of the soldiers was mixed with regret, as Captain William Radcliffe of the 20th Regiment noted: 'I spoke to a man yesterday that was carrying some sheepskin Coats on his back, & said what capital ones they were. He said, "Yes Sir, it's a pity they didn't come before so many poor fellows were in their Graves". I could not but agree with him.'