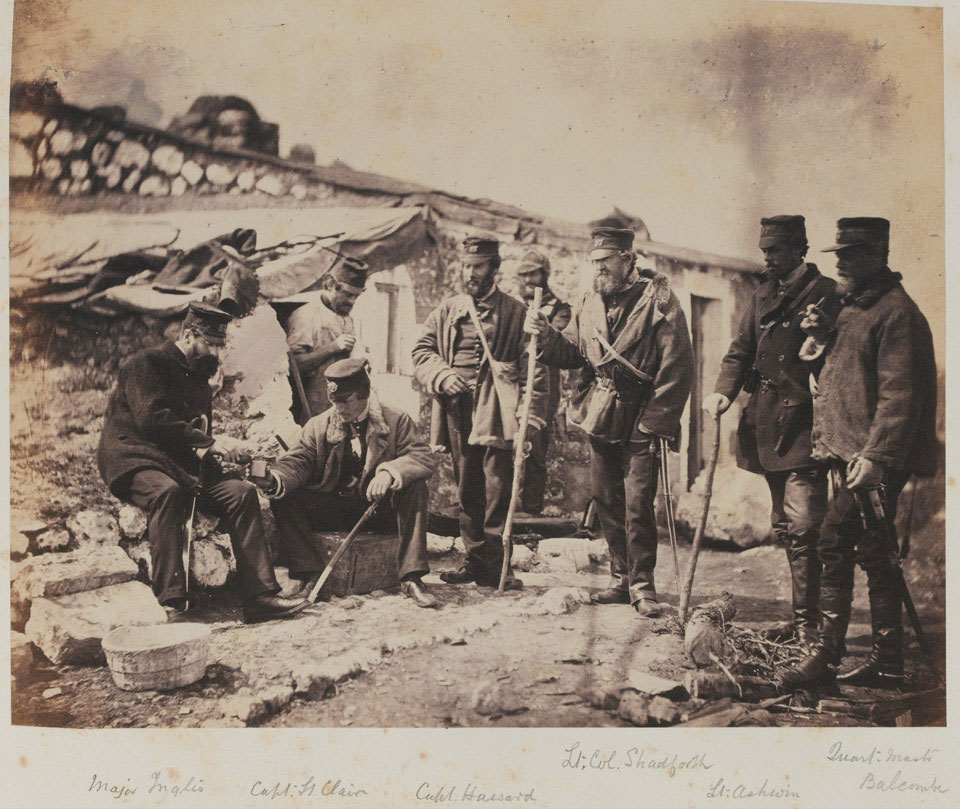 Lieutenant-Colonel Shadforth and Officers of the 57th, 1855

Among this group of the 57th (West Middlesex) Regiment of Foot, Major William Inglis is seated far left and Lieutenant-Colonel Thomas Shadforth is standing third from the right. During the attack on the Redan on 18 June 1855, command of the left column of assault fell to Shadforth almost immediately, Major-General Sir John Campbell having been killed as soon as he left the trenches. Shadforth himself had barely time to give the order: 'Colonel Warre, you mind the right, I will take the left, and Major Inglis the centre', when he too fell dead. The attack quickly degenerated into a dismal failure.