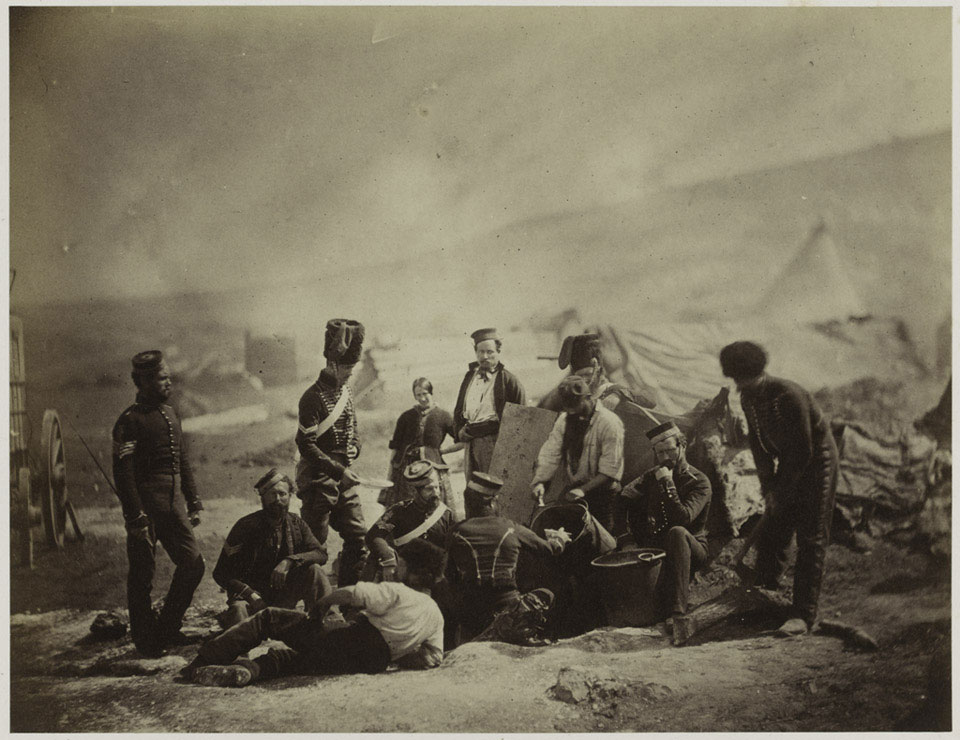 The two Hussars, wearing busbies, are in full dress. The remainder wear undress stable jackets and pill box forage caps. For much of the Crimean War catering arrangements were ramshackle and haphazard with soldiers often having to cook for themselves. This resulted in much wasted time and effort, and aggravated the problems of supply. British soldiers had to endure a monotonous diet of salt beef and hard biscuits, punctuated by periods of acute hunger.