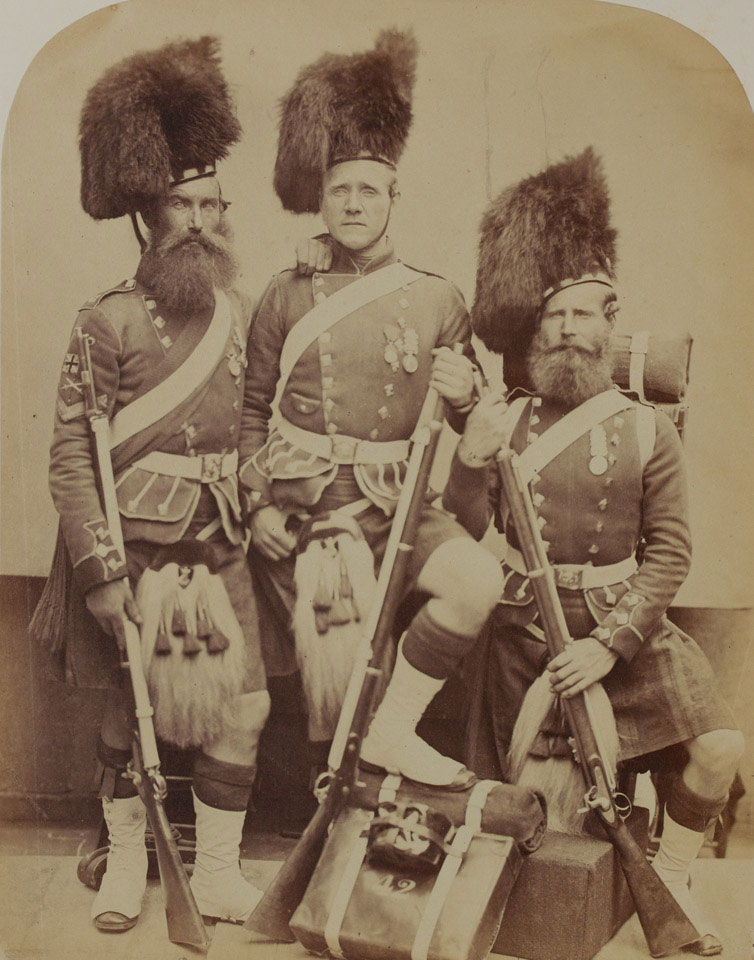 Gardner, McKenzie, Glen, of the 42nd (The Royal Highland) Regiment of Foot, 1856

Soldiers of the 42nd (The Royal Highland) Regiment of Foot armed with the 1853 Pattern Enfield Rifled Musket.

In July 1856, at the Crimean War's end, troops gathered in Aldershot for a London victory parade. Gardner, McKenzie and Glen were among the soldiers photographed in Aldershot by Robert Howlett and Joseph Cundall for their series of portraits entitled 'Crimean Heroes 1856'.