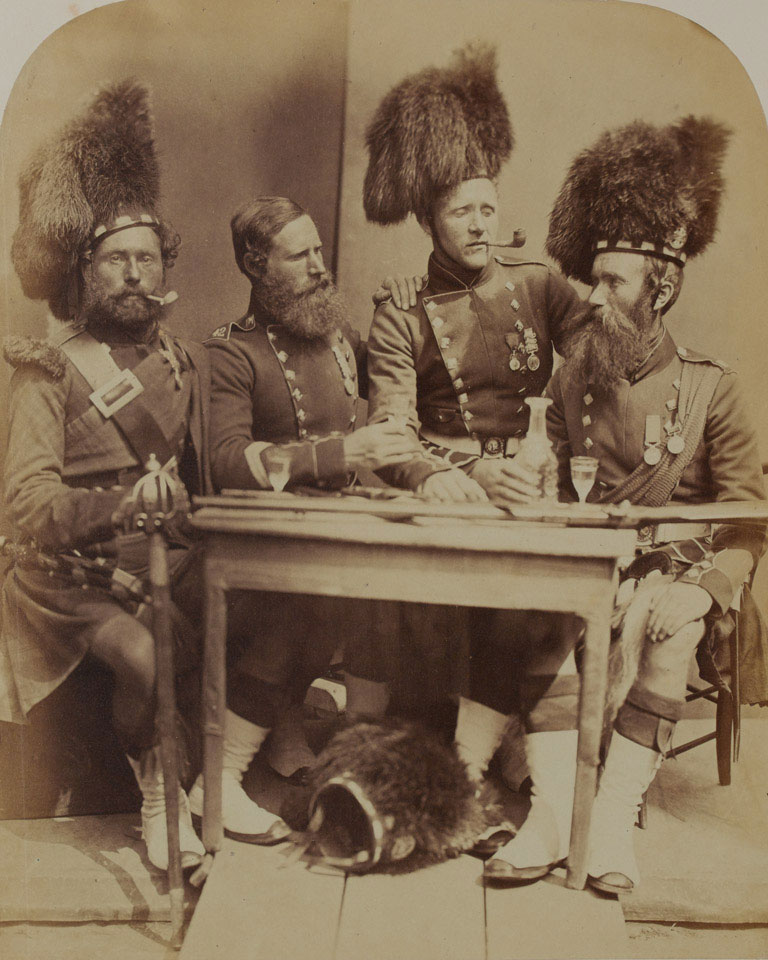 In July 1856, at the Crimean War's end, troops gathered in Aldershot for a London victory parade. Muir, Glen and McKenzie were among the soldiers photographed in Aldershot by Robert Howlett and Joseph Cundall for their series of portraits entitled 'Crimean Heroes 1856'.