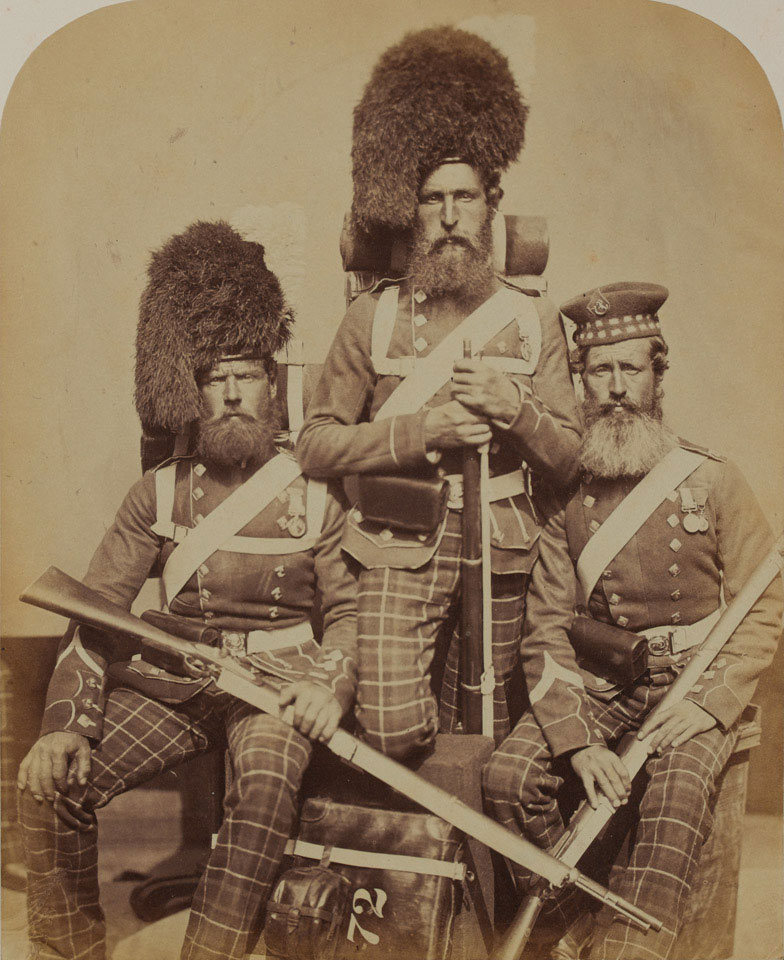 Noble, Dawson and Harper, 72nd (Duke of Albany's Own Highlanders) Regiment of Foot, 1856

The 72nd Highlanders arrived in the Crimea from Malta just in time to take part in the latter stages of the siege of Sevastopol. The soldiers depicted here all wear trews which had been adopted by the regiment in 1809. The 72nd did not revert to highland kilts until their amalgamation with the 78th Highlanders (Ross-shire Buffs) in 1881.

In July 1856, at the Crimean War's end, troops gathered in Aldershot for a London victory parade. Noble, Dawson and Harper were among the soldiers photographed in Aldershot by Robert Howlett and Joseph Cundall for their series of portraits entitled 'Crimean Heroes 1856'.