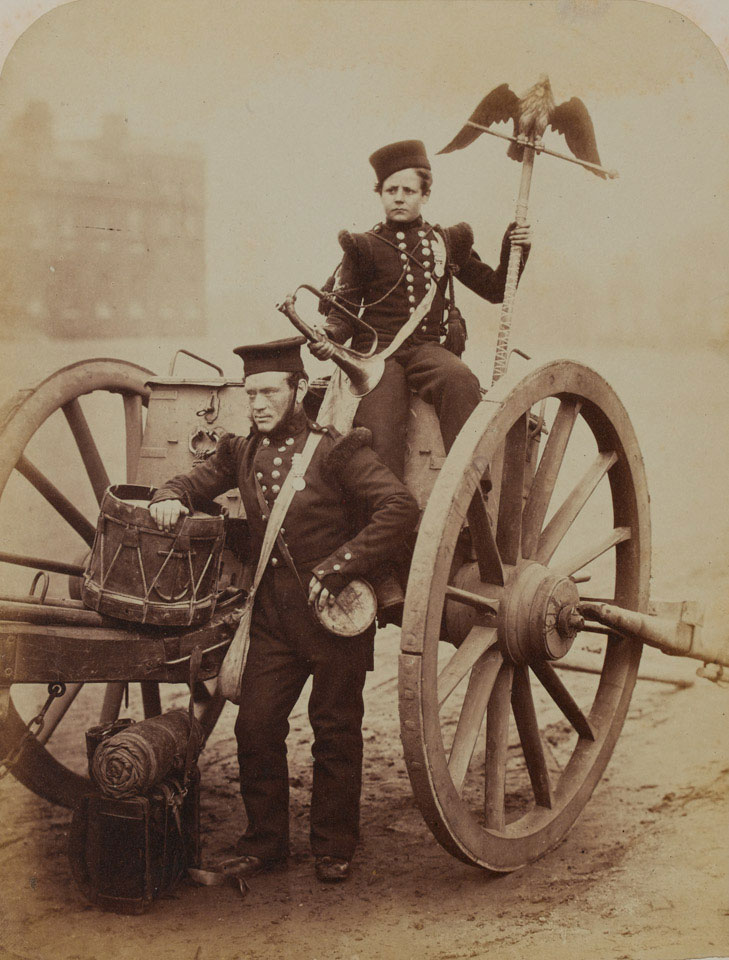 Photograph by Robert Howlett, 1856. From an album of photographs entitled 'Crimean Heroes 1856'.

When a body of men of the Royal Artillery arrived back in England from the Crimea in 1856, Queen Victoria and Prince Albert inspected them at Woolwich. The Queen was so pleased with the appearance of some of the men that she asked photographer Robert Howlett and Joseph Cundall to take their photographs. According to 'The Illustrated London News':

'The man, Trumpeter Gritten, arrived in England with an immense beard, which doubtless attracted Her Majesty's attention: unfortunately before the photographers arrived at Woolwich, he had cut off this ornament because it was so red. The lad, William Lang, was barely thirteen years old when he first heard the whistling of cannon-balls on the banks of the Alma. He says he was frightened for the first half hour, but has never been afraid of them since'.