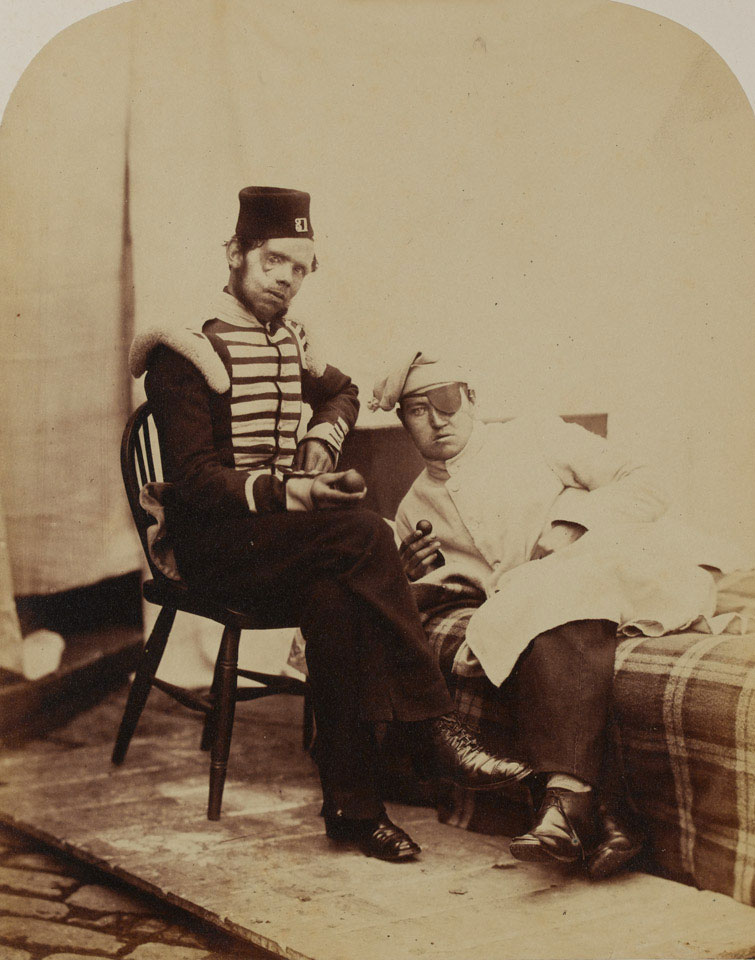 This image depicts Private Jesse Lockhurst of the 31st and Private Thomas O'Brien of the 1st (the Royal) Regiment of Foot. Both were partially blinded after being wounded in the Crimea at Sevastopol.