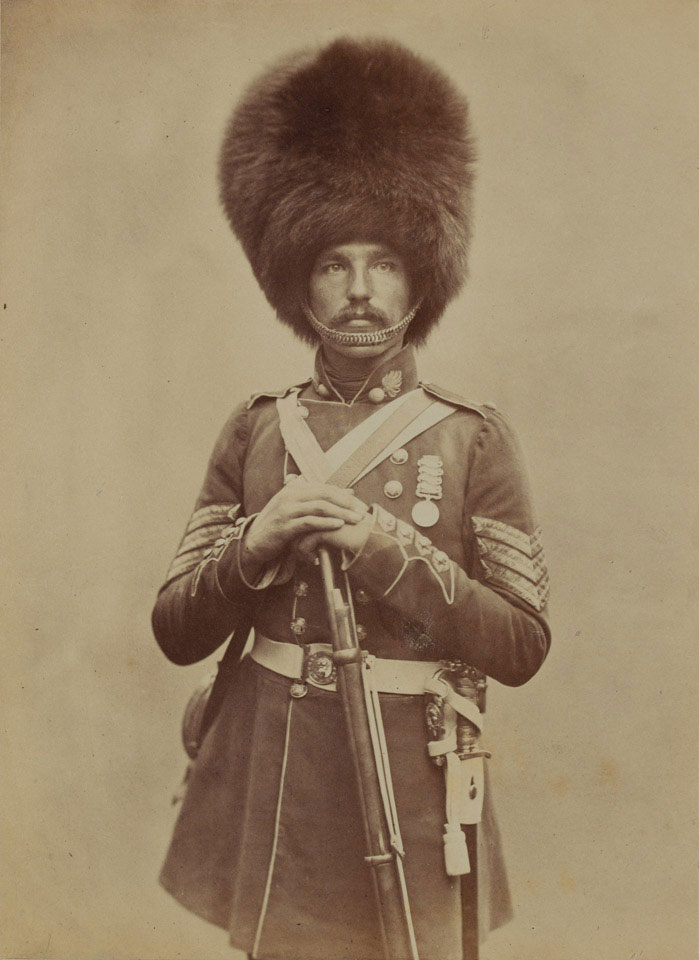 William Powell enlisted in the Army in November 1848 and was discharged as a sergeant in October 1857. He wears the Crimea War Medal with four clasps, indicating that he was present at the battles of the Alma, Balaklava, Inkerman and the Siege of Sevastopol. He wears the 1855 pattern double-breasted tunic and is armed with the new Enfield Rifle Musket.

In July 1856, at the Crimean War's end, troops gathered in Aldershot for a London victory parade. Powell was among the soldiers photographed in Aldershot by Robert Howlett and Joseph Cundall for their series of portraits entitled 'Crimean Heroes 1856'.