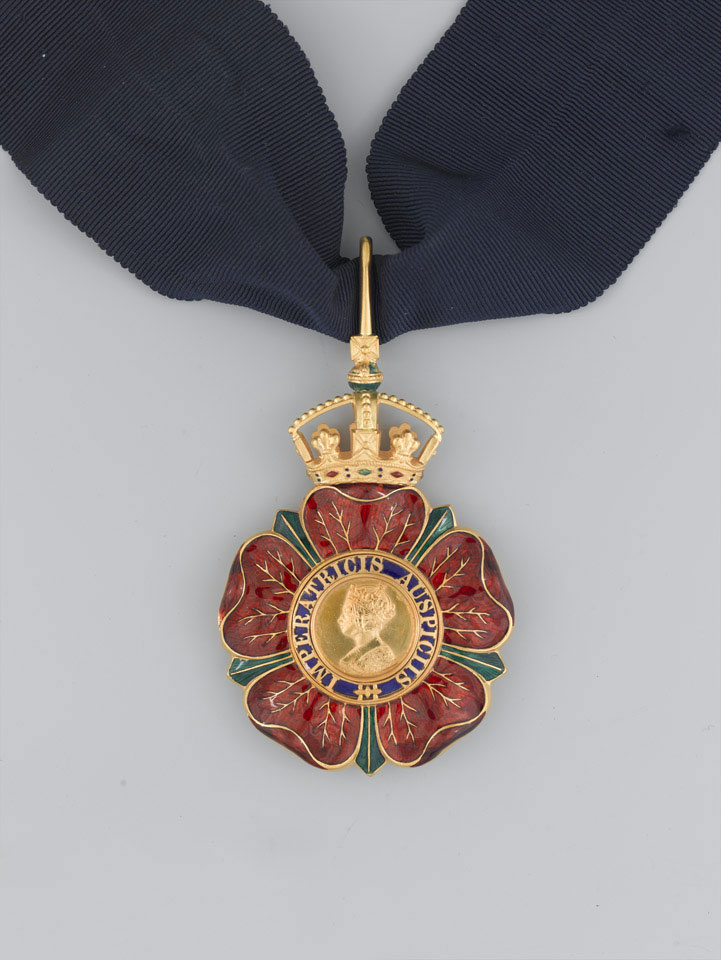 Heerajee Jehangir Manockjee Cursetjee (1885-1964) was born in Bombay and studied medicine at Cambridge and the London Hospital. He was commissioned into the Indian Medical Service in 1912. During World War One he served in Egypt, Gallipoli and Mesopotamia, where he was awarded the DSO in 1918 while Medical Officer of the 14th King George's Own Ferozepore Sikhs:

'For conspicuous gallantry and devotion to duty at Mushaq, 26th-27th October and at Sharquat, 29th October. Throughout the operations he displayed the greatest zeal and disregard for danger while tending the wounded under heavy fire, working unceasingly for forty-eight hours. He has previously rendered excellent service, and once was severely wounded'. (London Gazette, 26 May 1919).

Rising to the rank of major-general in 1941, he was appointed Honorary Surgeon to King George VI, and received a knighthood on his retirement in 1946.