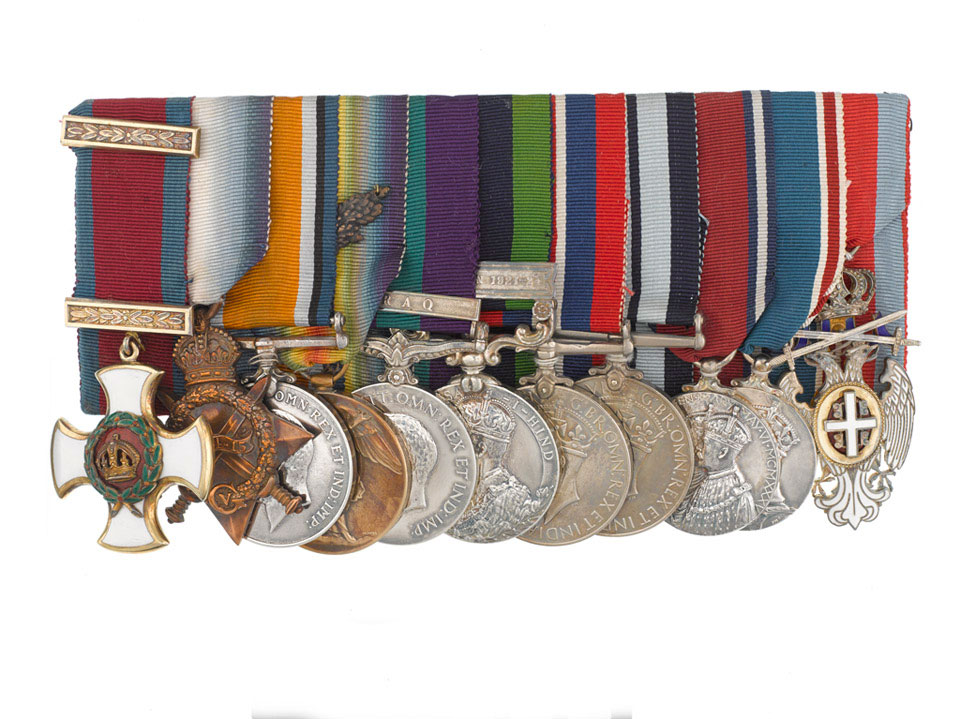 The Distinguished Service Order (DSO) is a British military decoration, given to recognise meritorious and distinguished service by officers.

Heerajee Jehangir Manockjee Cursetjee (1885-1964) was born in Bombay and studied medicine at Cambridge and the London Hospital. During World War One (1914-1918) he served as a medical officer with the 14th King George's Own Ferozepore Sikhs in Egypt, Gallipoli He was awarded the DSO for tending to wounded soldiers unceasingly for 48 hours during the Battles of Mushaq (26-27 October 1918) and Sharqat (29 October 1918) in Mesopotamia.