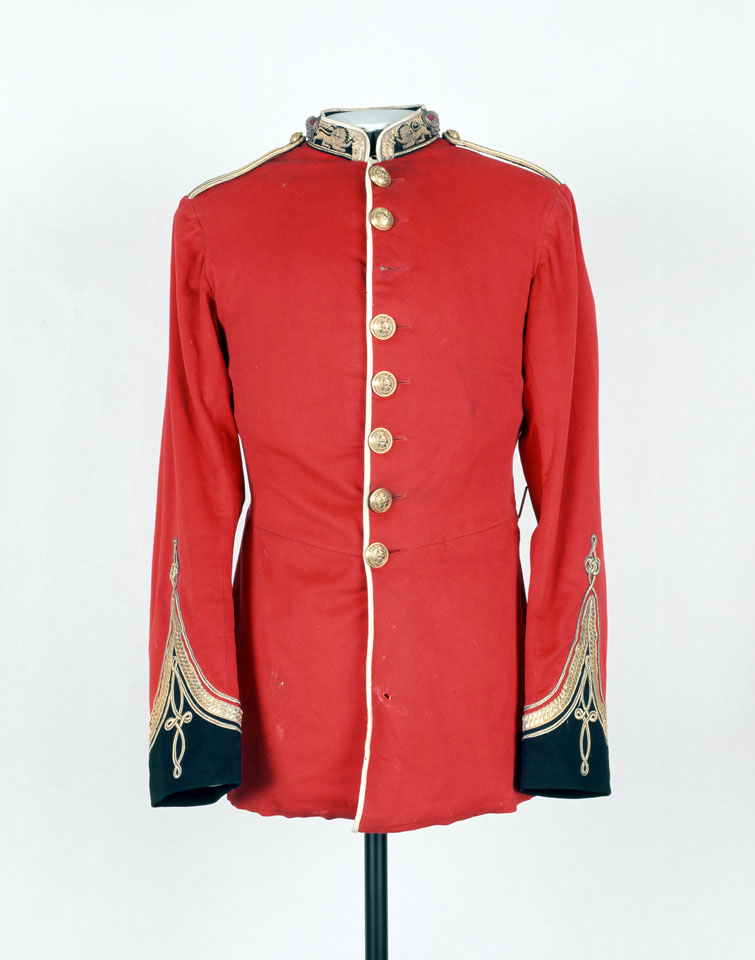 Full dress tunic of the 1868-1881 pattern, would have been worn on parades and other formal events.

Lieutenant George Henry Blois Elliott was born in 1854. He was commissioned into the 4th (The King's Own Royal) Regiment in November 1875, having served with the Hampshire Militia from 1871. He joined the 2nd Battalion in Ireland and remained there until his unit was sent to reinforce the garrison in southern Africa. The battalion arrived in Cape Town in January 1879 shortly before the invasion of Zululand. Elliott saw action at the battles of Hlobane, Kambula and Ulundi. He resigned his commission in March 1880.