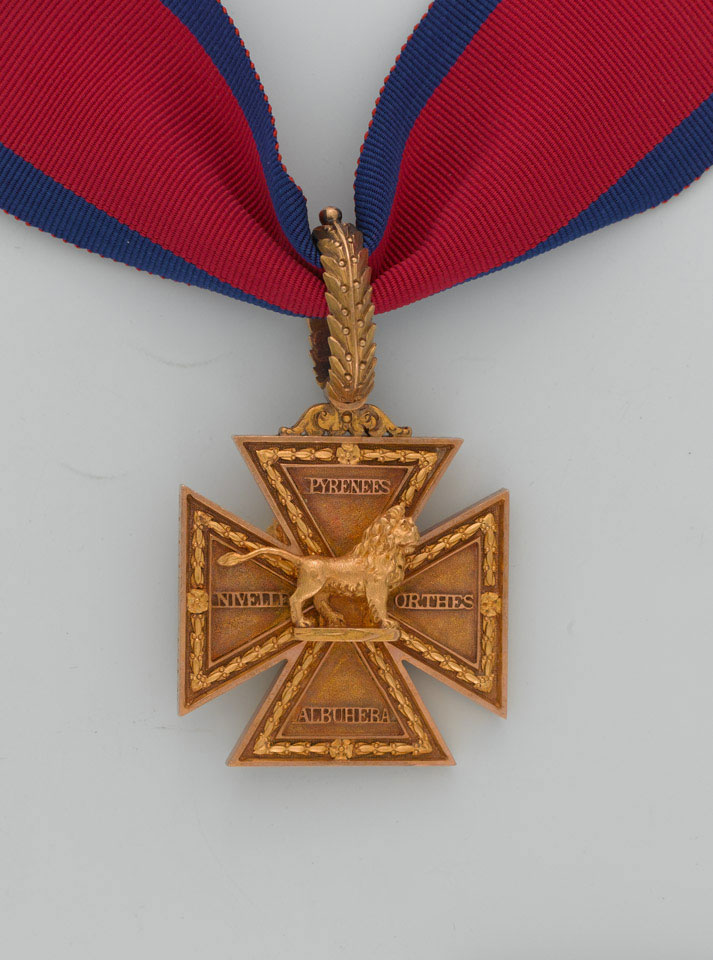 'Nothing could exceed the conduct and gallantry of Colonel Inglis at the head of his regiment.' - Marshal William Carr Beresford

At the Battle of Albuera in 1811, during the Peninsular War, the 57th (West Middlesex) Regiment was under intense pressure from a French attack. Its commander, Lieutenant-Colonel William Inglis, was hit by canister shot which pierced his left breast and lodged in his back. Despite his wound, Inglis stayed with the Regimental Colour, encouraging his men with the words 'Die hard 57th, die hard'.