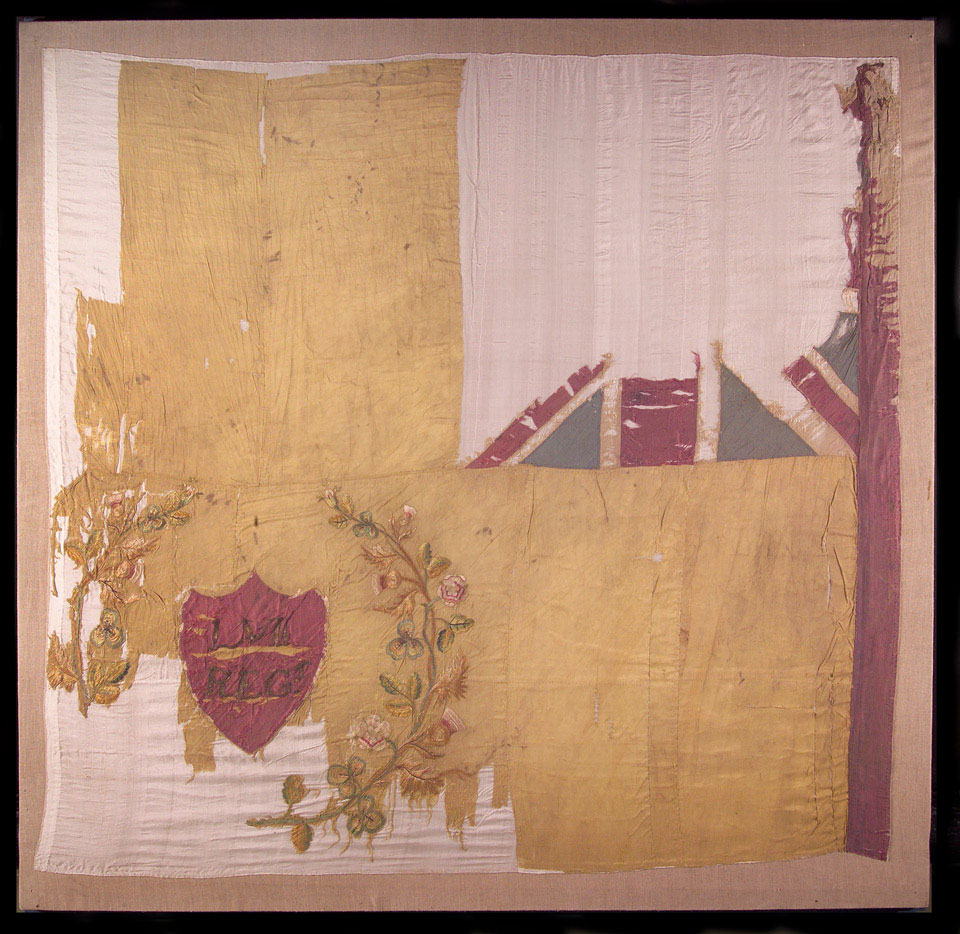 An infantry regiment normally had two Colours, or flags. They served not only as a rallying point in battle, but also as the focus of regimental pride. To lose a Colour to the enemy was the greatest disgrace a regiment could suffer. Soldiers defended the Colours with their lives.

This Colour was hit by 21 shots and had its staff broken by enemy fire during the Battle of Albuera (16 May 1811). General William Beresford's army came under a massive flanking attack by a French force under Marshal Soult. A storm of shot tore into the British ranks and the 57th Foot suffered particularly severely. The 57th's commanding officer, Lieutenant-Colonel William Inglis, was hit but remained with the Regiment's colours, encouraging his men with the words 'Die hard, 57th, die hard'. A counter-attack saved the day and the French were eventually defeated. From that day on, the 57th were known as 'The Die Hards'. 'Die-hard' is an expression still used today, and was even used as the title of a series of films in the 1980s and 1990s.