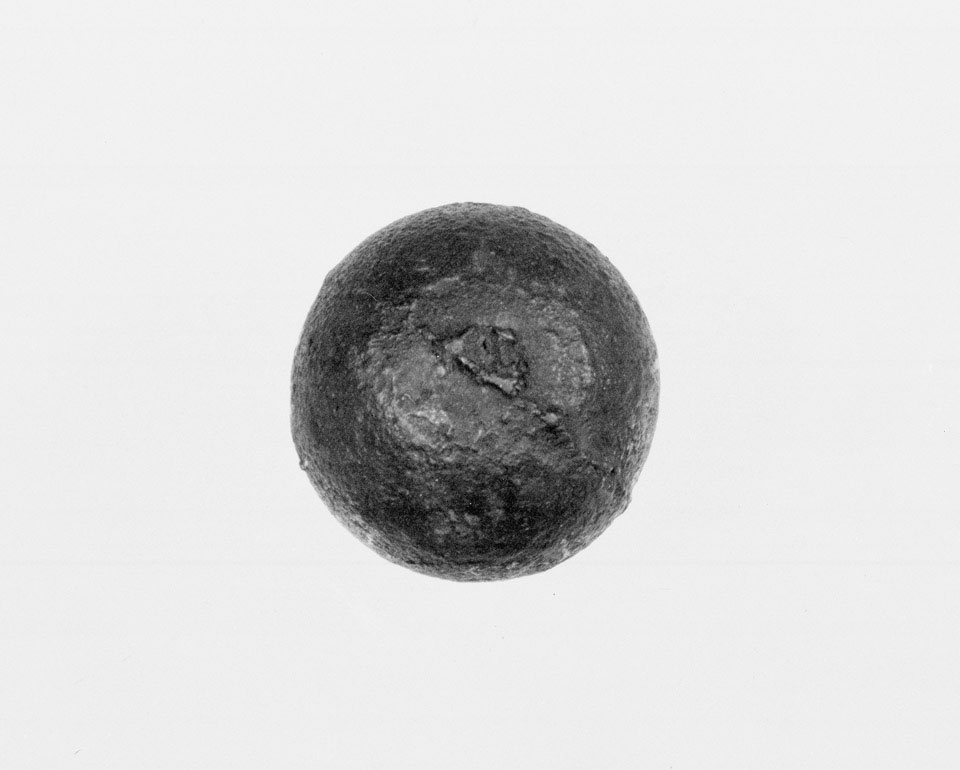 Canister shot that wounded Lieutenant-Colonel William Inglis at the Battle of Albuera, 16 May 1811

During the battle General William Beresford's army of Spanish, Portuguese and British troops came under a massive flanking attack by a French force under Marshal Soult. A storm of shot tore into the British ranks and the 57th (West Middlesex) Regiment of Foot suffered particularly severely. Inglis was hit by this shot which pierced his left breast and lodged in his back. He remained with the Regiment's colours, encouraging his men with the words 'Die hard, 57th, die hard'. A counter-attack saved the day and the French were eventually defeated. From that day on, the 57th have been known as 'The Die Hards'.