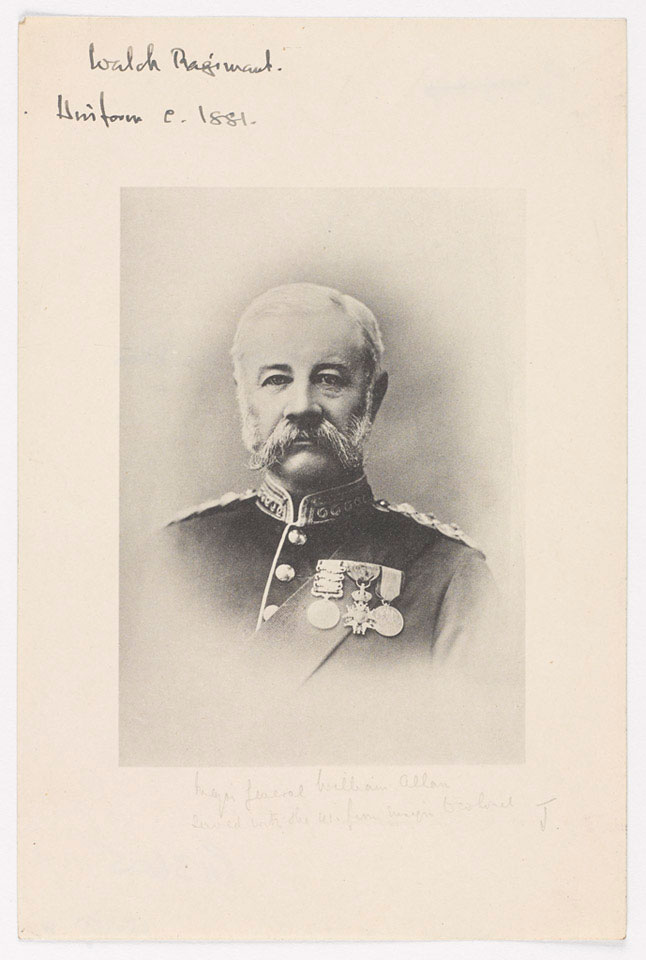 Allan is depicted in the uniform of the 41st Welch Regiment. He served with the latter as a junior officer throughout the Crimean War (1854-1856) and became Colonel of the 41st's successor unit, the Welch Regiment, in 1904.