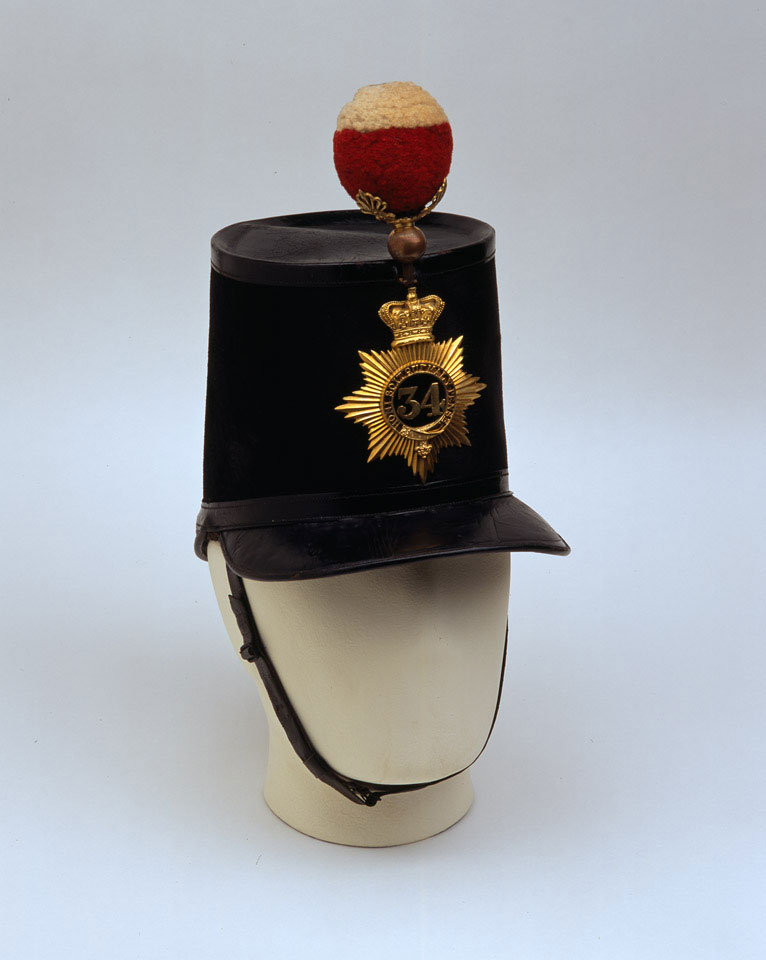 Supplies of the new shako began to arrive in the Crimea in the spring of 1855 and there are photographs of men wearing it in conjunction with old-style coatees. Superficially it was similar to the obsolete 'Albert' shako, with black-patented leather peaks both front and back and the same ball-tuft. However, unlike the 'Albert' it was deeper at the back than at the front, with the top being 2.5cm. less in diameter at the top than the bottom; the 'tilted' effect achieved was in the French style.

Whether Captain Henry Bale of the 34th (The Cumberland) Regiment of Foot received this new shako - with its changed shako plate and bronze gorgon's head motif at the back - while in the Crimea is unclear; after a trench fight on the night of 5 April 1855 he had to have his left forefinger amputated. He nevertheless continued to serve in the Army and died in India in 1858 as a major.

Donated by Mrs B M Bale.