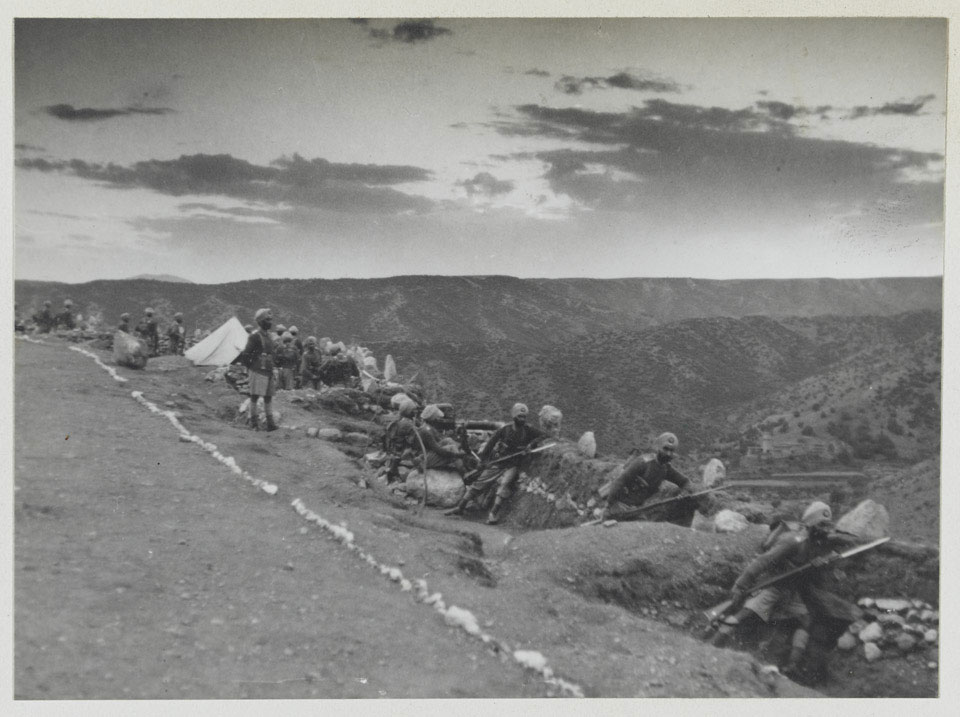 A detachment of the 2nd Royal Battalion (Ludhiana Sikhs), 11th Sikh Regiment, man their hill-top positions in Waziristan during the operations against the Fakir of Ipi. The Faqir had started his self-styled Jihad against the British government in 1937. He waged a highly effective guerrilla war against the British well into the 1940s.