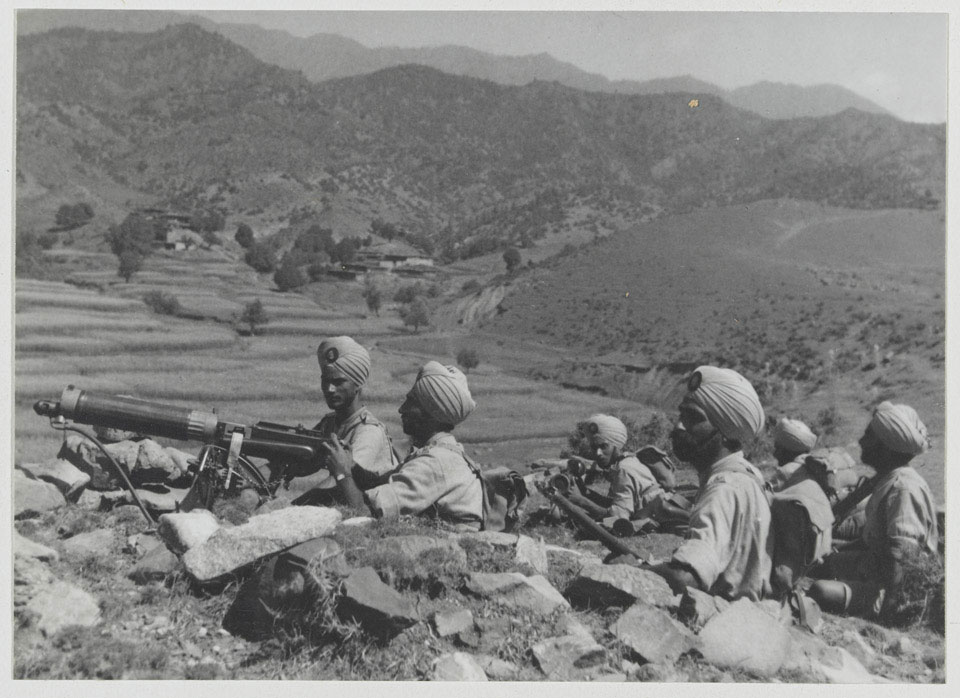 In 1936 the Waziri leader, the Fakir of Ipi, who was funded by Soviet Russia, threatened communications with Razmak. Over 30,000 troops were deployed against his followers who, knowing that the British would not cross an international boundary, took refuge behind the Durand Line which divided British tribal territory from Afghanistan. The Fakir's HQ was eventually captured, though he himself escaped, remaining a thorn in the sides of the British and later the Pakistan authorities until his death in 1960. The section shown here is sited to give covering fire if necessary to an outlying piquet. The gun is a .303 inch Vickers Mk I, and the men are armed with .303 inch Short Magazine Lee-Enfield Rifles.