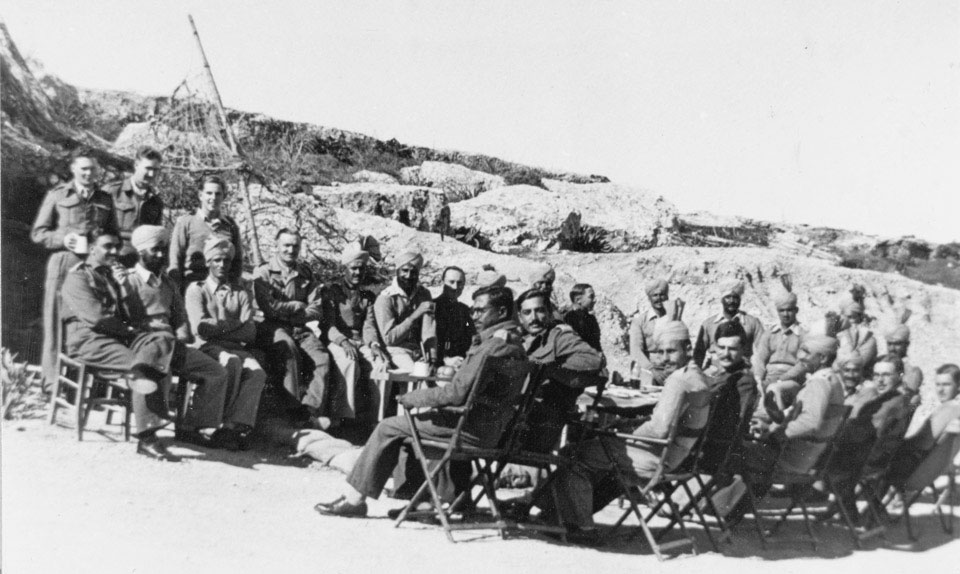 This photograph was taken during the visit by General Sir Claude Auchinleck, Commander-in-Chief India, to the battalion, during which he presented an award to Major Rakhman Gul MC.