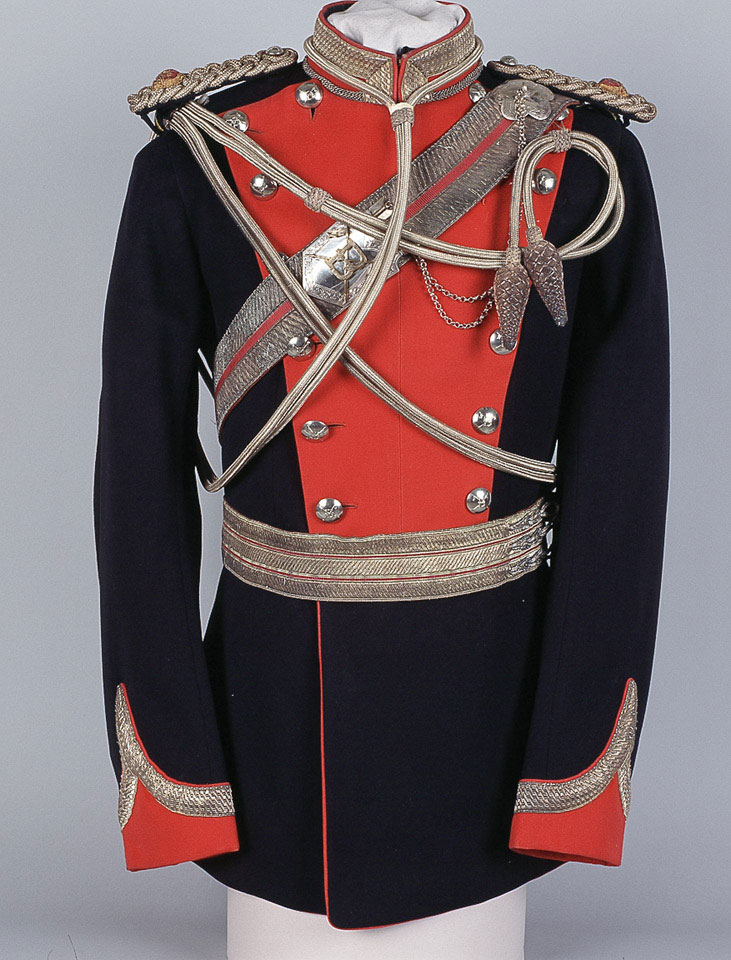 Many Indian Cavalry regiments had two full dress uniforms, one as this example, with the British pattern tunic and head-dress, the other as worn by the Indian officers, consisting of kullah, pugri, kurta and lungi. The regiment in which Harding served had been raised in 1858 by Lieutenant Henry Chad Cattley (1834-1865) and John (later General Sir John) Watson (1829-1919) as the 4th Regiment of Sikh Irregular Cavalry. Watson's name had first appeared in its title in 1904 when he was 75 years of age.