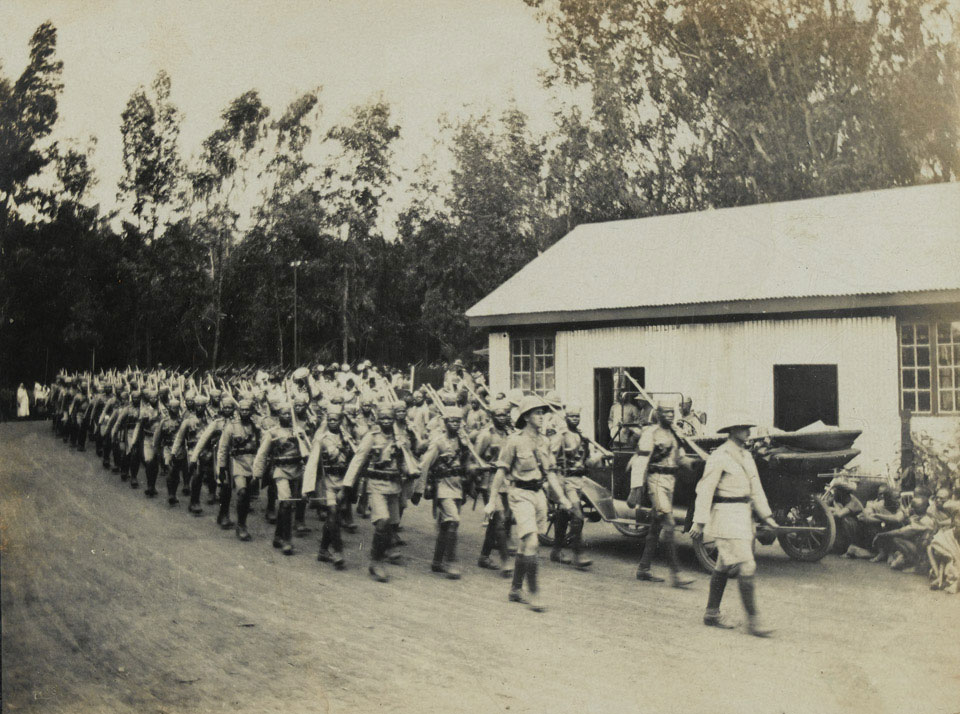 The Kings African Rifles on the march, 1916

During the First World War German forces in East Africa commanded by Colonel Paul von Lettow-Vorbeck conducted successful raids against the neighbouring Allied territories. This forced the Allies to mount a large-scale campaign in this region. The King's African Rifles played a major part and by 1918 had expanded from three to 22 battalions and had established a formidable reputation for bush fighting.