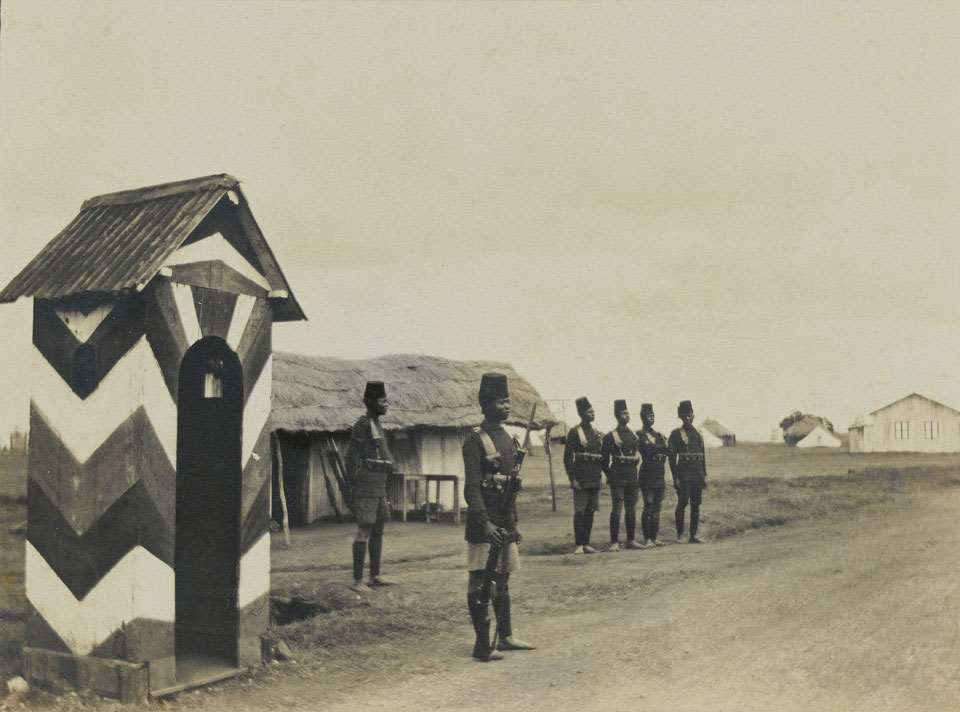 A King's African Rifleman by a sentry box, 1916

An African soldier stands guard at the entrance to the regimental lines. He wears the traditional feze hat. Five more soldiers, all of whom are bare foot like the sentry, stand behind him. As recruits to the King's African Rifles tended not to wear boots in their civilian lives they were not issued with them in this early period.