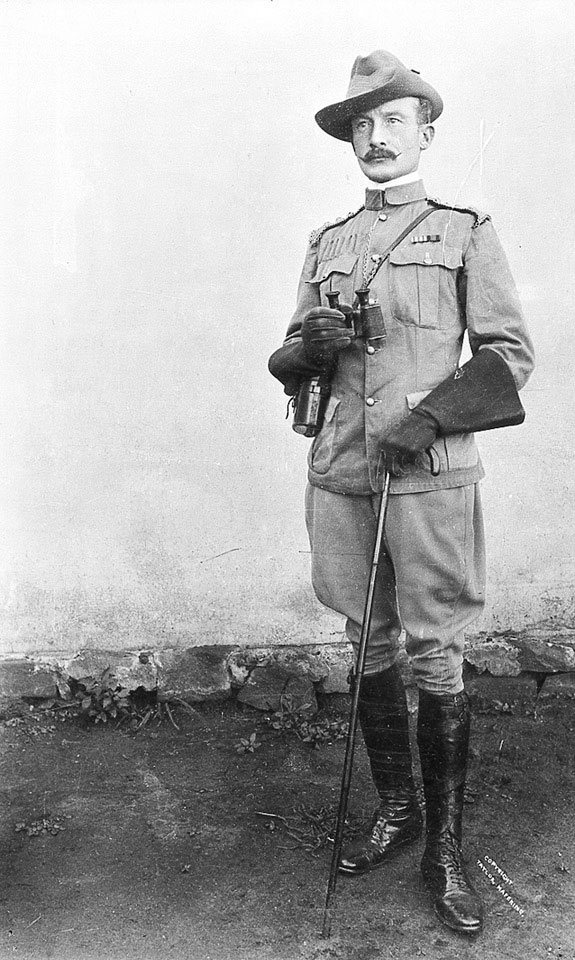 Robert Baden-Powell (1857-1941) served in the British Army from 1876 until 1910 in India and West and South Africa. He specialised in scouting and reconnaissance producing the following military text books, 'Reconnaissance and Scouting' (1884) and 'Cavalry Instructions' (1885). His most famous military exploit came in 1899, during the Boer War, when he successfully defended the town of Mafeking.

On returning to Britain in 1901, Baden-Powell became Inspector General of Cavalry and in 1905 founded the 'Cavalry Journal'. He retired as a lieutenant-general in 1910 and spent the rest of his life promoting the Scout movement which he had established in 1907. In 1920 Baden-Powell was acclaimed Chief Scout of the World and was created Baron Baden-Powell of Gilwell in 1929.