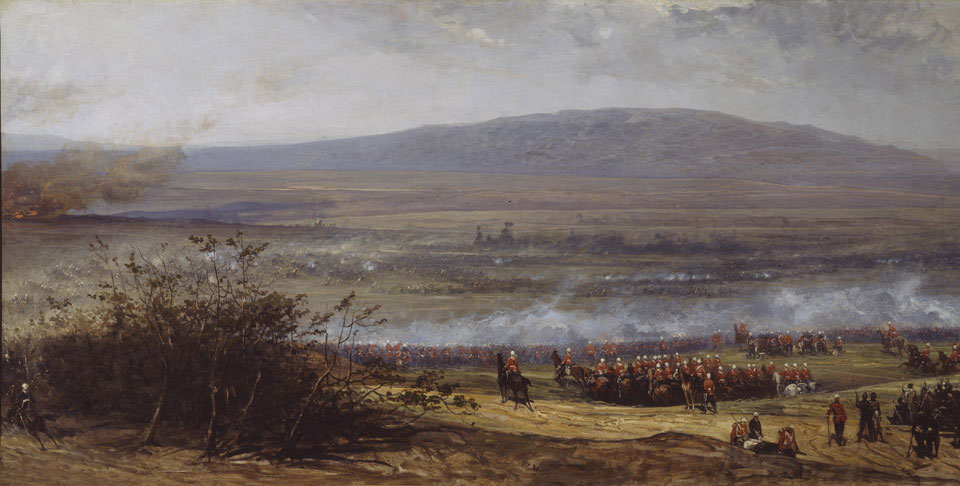 The Battle of Ulundi, close to the capital of the Zulu King Cetshwayo, was fought between Lieutenant General Lord Chelmsford's force of about 5,000 British and colonial troops and an estimated 20,000 Zulus. The well-disciplined warriors converged upon the British, who formed a square of infantry enclosing staff, cavalry, and supplies. Heavy fire from Gatling guns cut the Zulus down at long range.

The scene represents a late stage of the battle viewed from the centre of the British position when the 17th Lancers (left, middle distance) charged the enemy flank, putting them to flight.

This picture was commissioned by the Emperor Franz Joseph of Austria as a present for his wife. It appears that the French artist Yvon intended the work to be displayed on a curved surface, so that the smoke would seem to blow in the same direction.