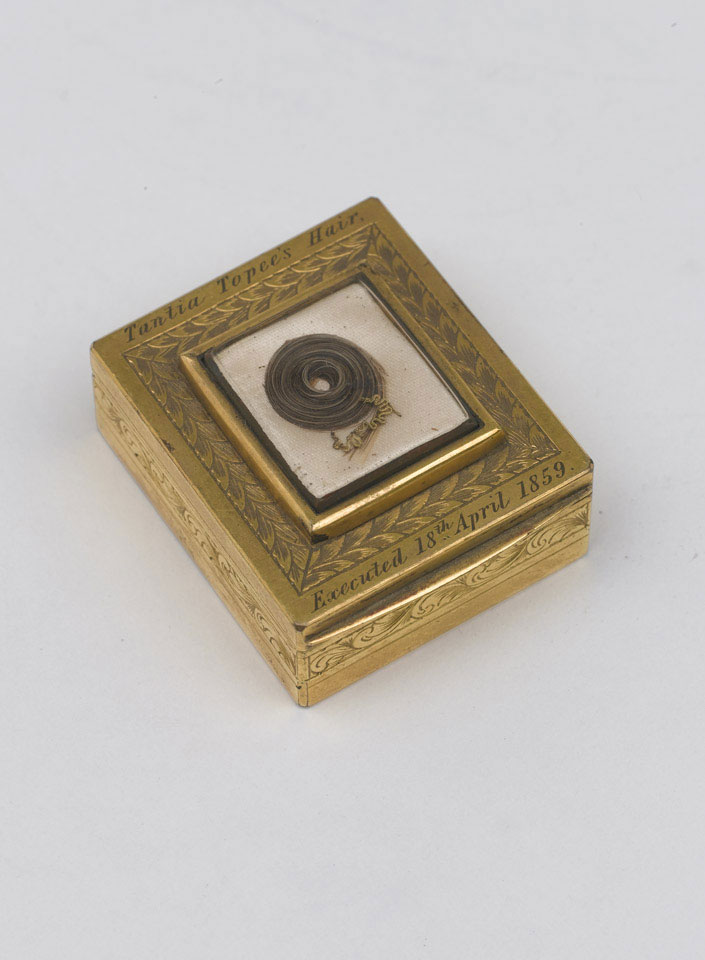 Snuff-box containing a lock of Tantia Tope's hair, removed after his execution in 1859

One of the most able rebel leaders during the Indian Mutiny (1857-1859), Tantia Tope (also known as Tatya Topee and Tantia Topi) commanded Nana Sahib's troops at Cawnpore, before joining forces with the Rani of Jhansi in Central India. Although his defeat at Gwalior in June 1858 effectively marked the end of the rising, Tantia continued to fight a guerilla war against the British for almost a year. He was executed at Shivpuri on 18 April 1859 after being betrayed by another rebel leader, Man Singh. This lock of hair was cut from his body.