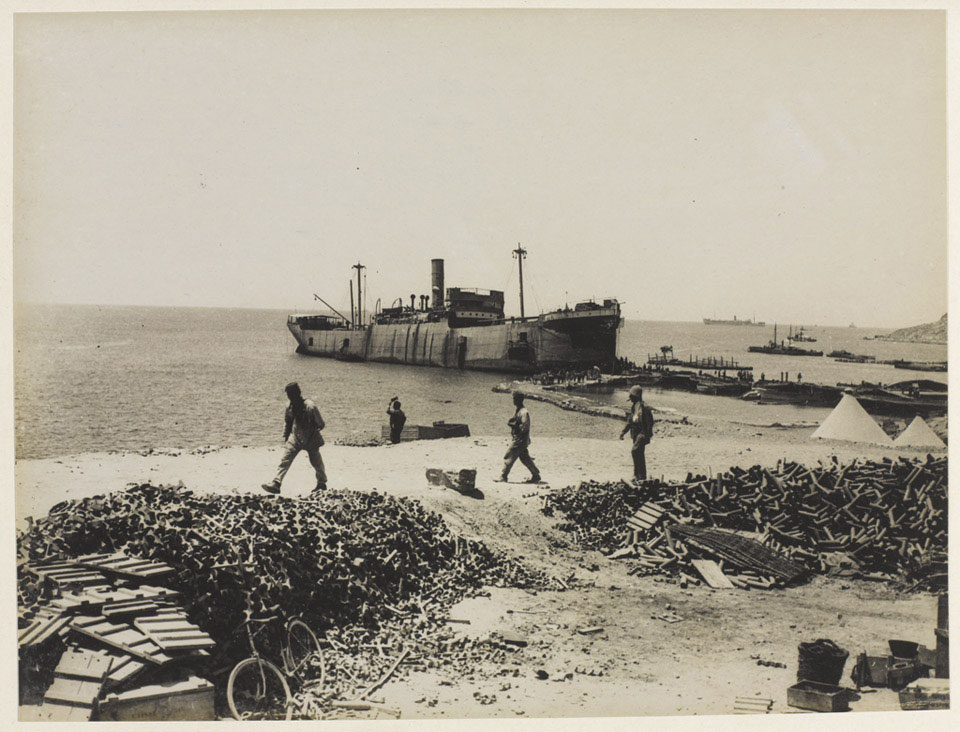 The SS 'River Clyde' was a 4,000 ton ex-collier that was used to land around 2,000 troops at Cape Helles on 25 April 1915. Holes had been cut in her steel hull to provide ports from which the troops would emerge on to gangways and then to a bridge of smaller boats linking the ship to the beach. Several attempts were made to get ashore, but all failed with heavy losses inflicted by the Turkish defenders. The surviving soldiers waited until nightfall before landing. The 'River Clyde' remained beached at Helles as a dock and breakwater. As well as being used for storage she also housed a field dressing station.