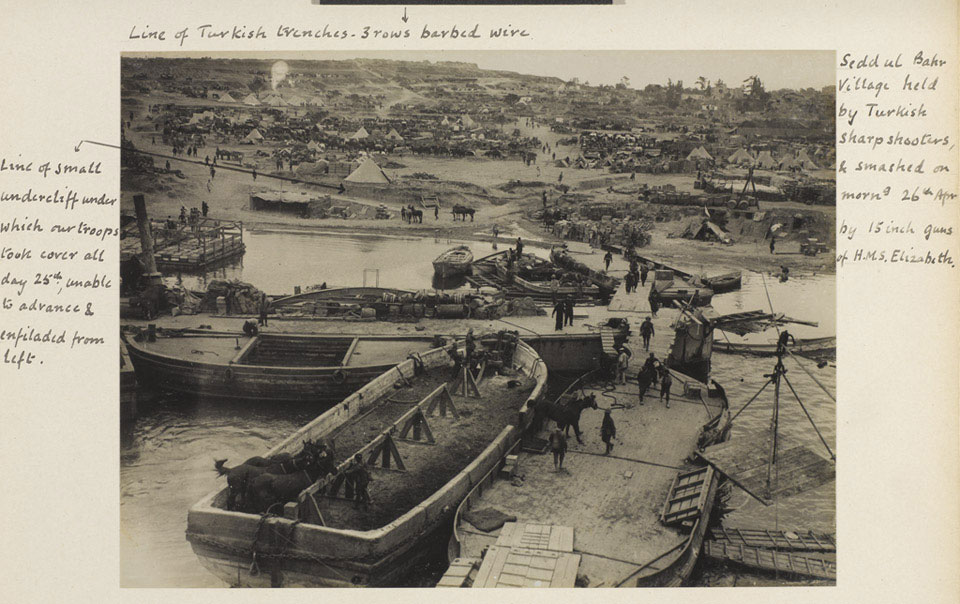 On 25 April 1915 1st Battalion The Royal Munster Fusiliers plus two companies of 2nd Battalion The Royal Hampshire Regiment landed at 'V' Beach. While some men were towed in barges many more disembarked from ports cut in the sides of the troopship SS 'River Clyde'. They then moved on to barges linked to the shore.

The attackers faced heavy machine-gun and rifle fire from Sedd-el-Bahr fortress. Out of the first wave of 200 men, only 21 made it ashore. The Turks desperately tried to drive the British off the beach, but they held on and eventually gained a foothold. The following day the 15-inch guns of HMS 'Elizabeth' destroyed the fort, but the battalions that had landed at 'V' Beach had suffered around 70 percent casualties.