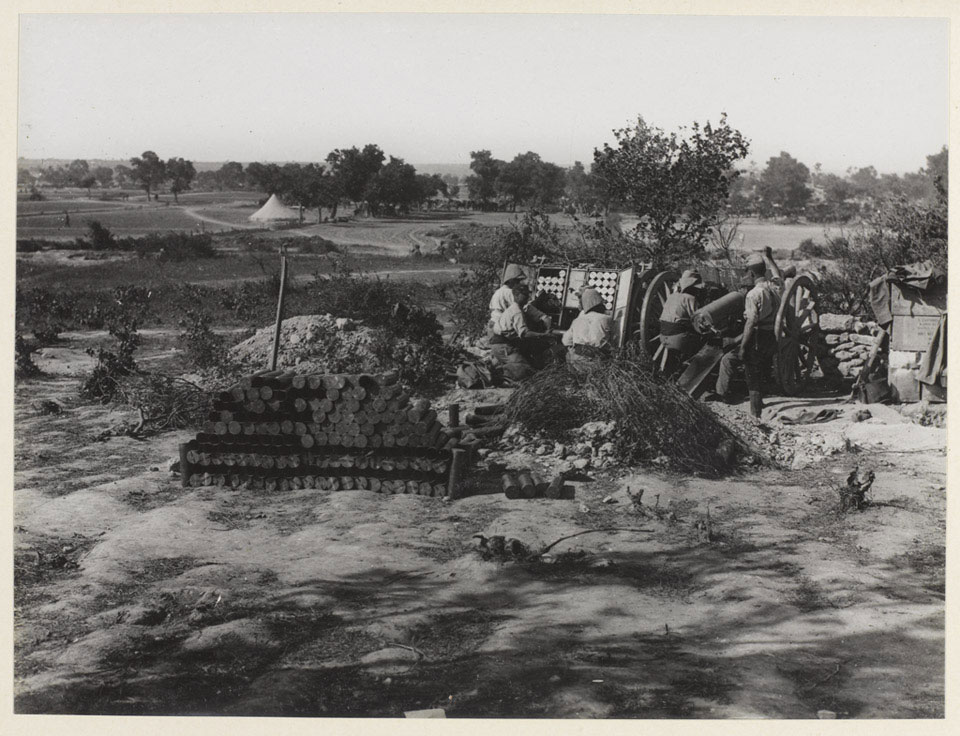 The 75 mm gun was the French Army's main artillery piece. This example is pictured firing near Sedd el Bahr during the Third Battle of Krithia. Introduced in 1897, it was the first fully integrated quick-firing gun. It also had an innovative recoil system that made for a smoother operation. By the end of the war, the French had produced 17,000 of these excellent guns.