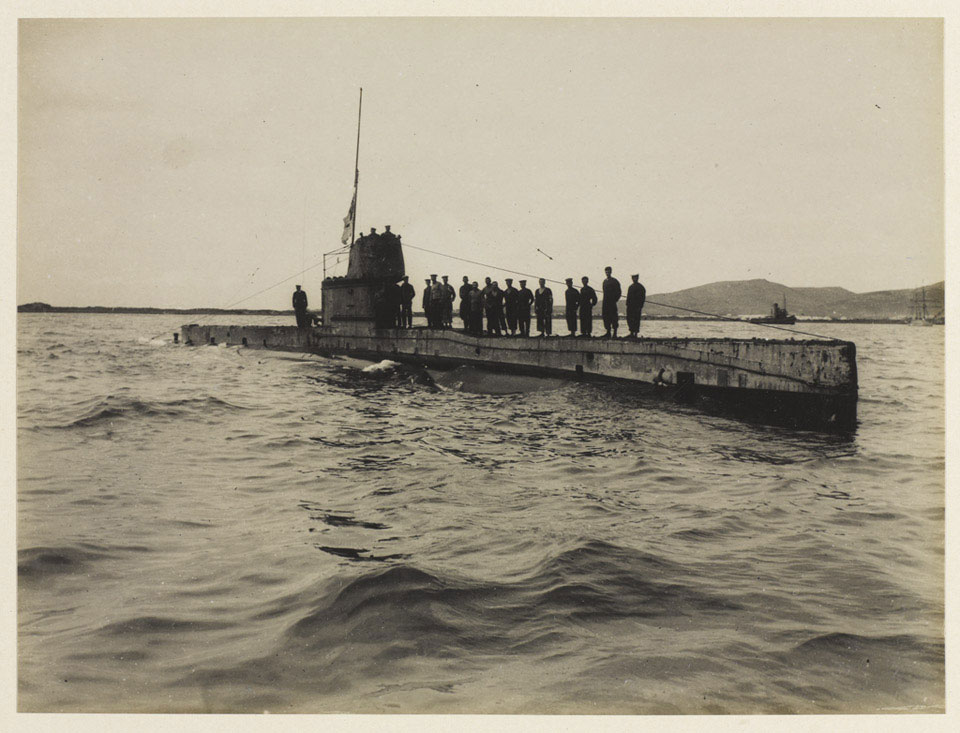 'AE2' was was an E-class submarine of the Royal Australian Navy. In April 1915 she took part in the Dardanelles campaign and was the first Allied submarine to enter the Sea of Marmara. 'AE2' operated there for five days before mechanical failure forced her to the surface where she was damaged by the Turkish torpedo boat 'Sultanhisar'. 'AE2' was scuttled by her crew, all of whom were captured.