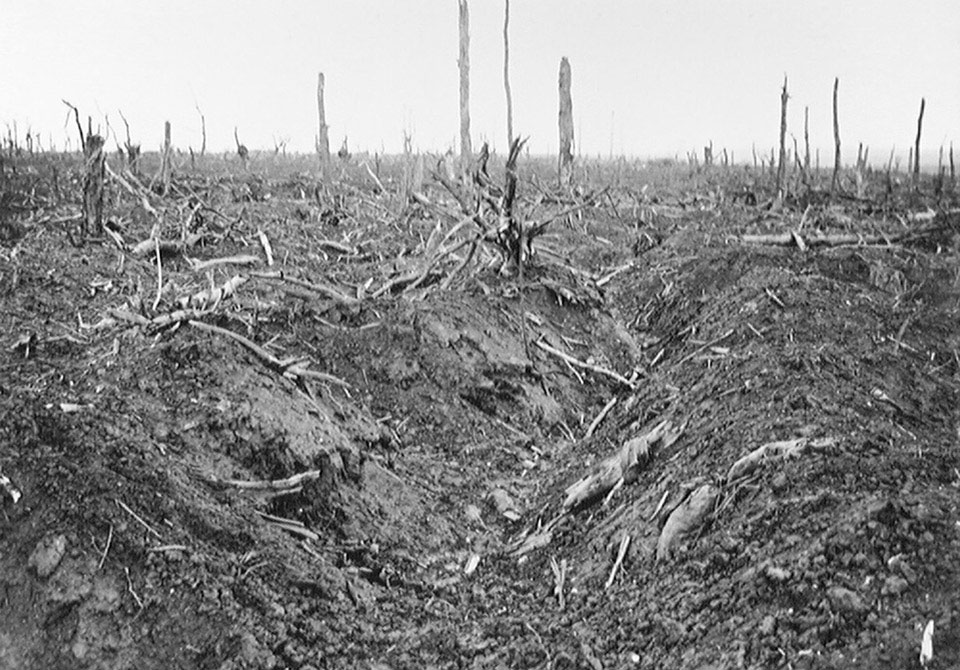 An abandoned German trench in Delville Wood near Longueval, September 1916

The wood, also known as 'Devil's Wood', was the scene of intense fighting during the Somme offensive of 1916. The nature of the struggle in this shattered landscape is evident in the casualty figures of the South African Brigade who captured it on 15 July. They then held it for six days during which they were subjected to fearsome German counter-attacks. Of the 3,433 men from the brigade who entered the wood, only 768 emerged unscathed when it was relieved.

From an album of 49 official war photographs, Gallipoli, Western Front and Mesopotamia,1914-1918.