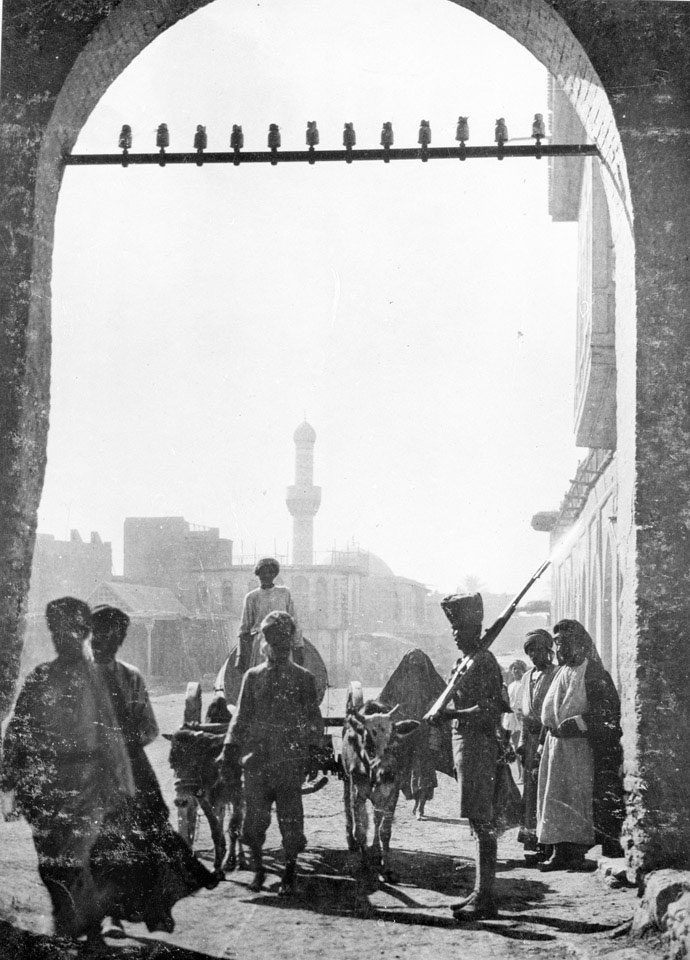 A sepoy guarding a gateway, Baghdad, 1917

Baghdad, the Ottoman capital of Mesopotamia, was captured by an Anglo-Indian force under the command of Lieutenant-General Sir Stanley Maude on 11 March 1917. It marked the high point of a long and tragic campaign that was characterised by bitter fighting in a harsh climate.