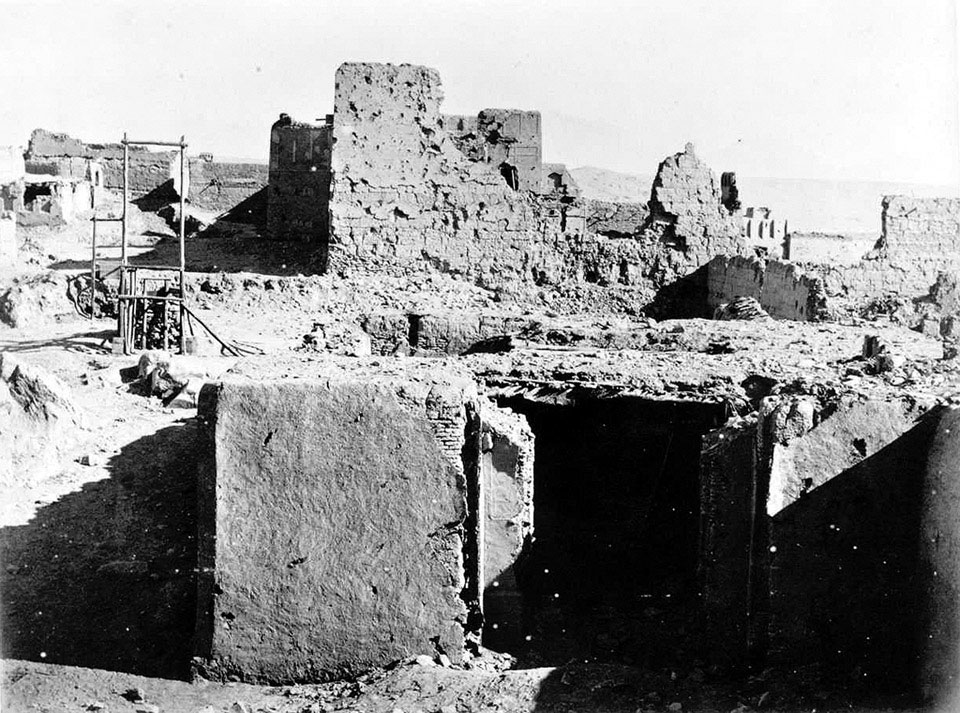 Ruins of the Residency, showing the Gate and Scaffold, Kabul, 1879

The gallows were built by Major-General Frederick Roberts when he arrived in Kabul in October 1879. Situated in the Bala Hissar near the destroyed Residency, they were used to hang the Afghans whom the British held responsible for the murder of the envoy Sir Louis Cavagnari and his escort from the Queen's Own Corps of Guides. They were erected on the spot where Lieutenant Walter Hamilton, who led the mission's escort, won a posthumous VC leading a charge against an Afghan artillery piece.