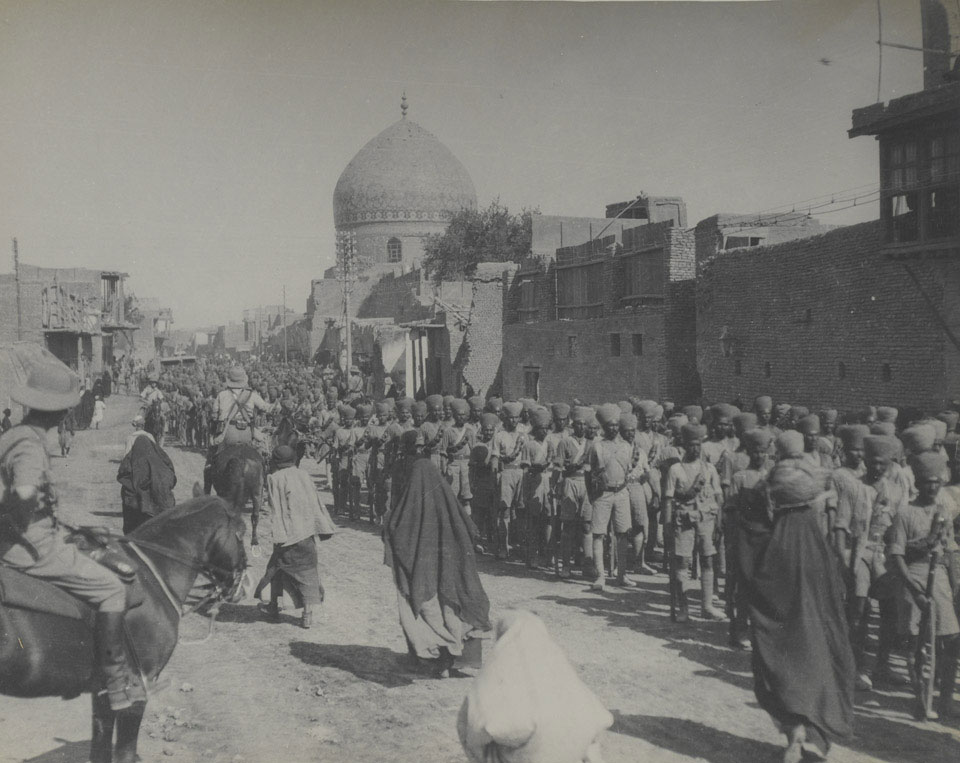 In December 1916 the British commander in Mesopotamia, Lieutenant General Sir Stanley Maude, left Basra with an Anglo-Indian force of some 50,000 men, including two Indian Corps, for an offensive up the Tigris River to Baghdad. Maude spent two months eliminating Turkish detachments south of the river.

On 17 February he commenced a series of manouevres against the fortress of Kut-al-Amara which forced the Turks to evacuate it eight days later. On 4 March Maude reached the Turkish defences on the Diyala River, 16km south of Baghdad. Here he deployed his men so skilfully that the Turks were forced to abandon their lines without a major fight, whereupon they withdrew to the north of Baghdad. On 11 March the British forces marched into the city.