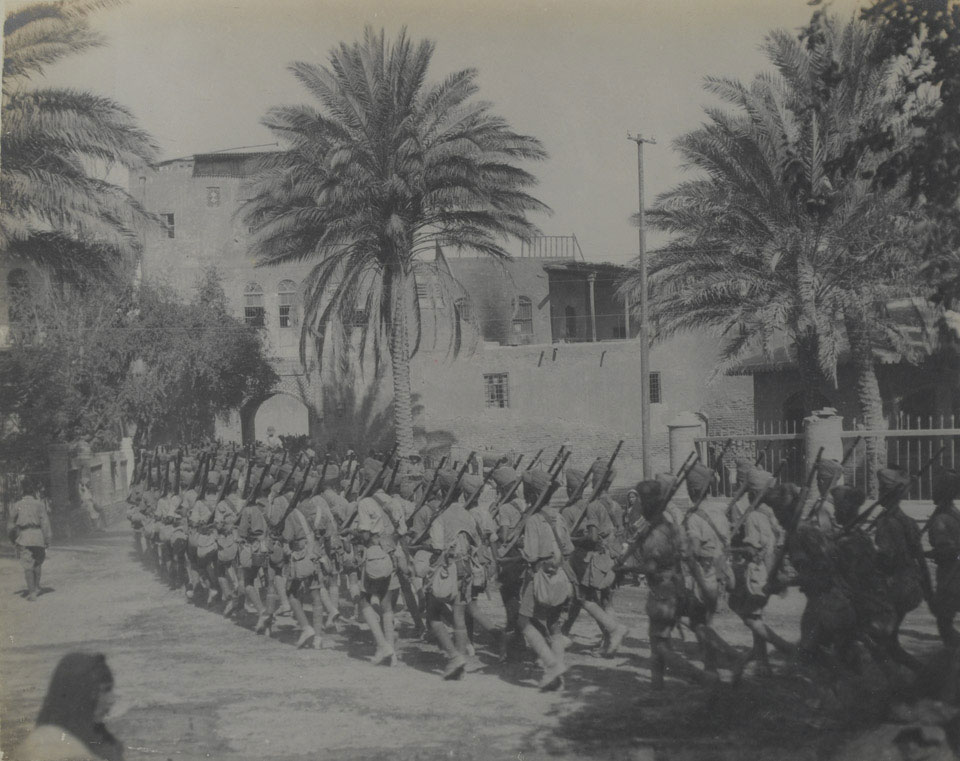 Soldiers of the Indian Army played a key role during the Mesopotamia campaign. On 11 March 1917, they and their British counterparts entered Baghdad, the principal city of Turkish-controlled Mesopotamia. It marked the high point of a long and tragic campaign that was characterised by bitter fighting in a harsh climate.

From an album of 103 official photographs compiled by Colonel A H McCleverty, 2nd Queen Victoria's Own Rajput Light Infantry.