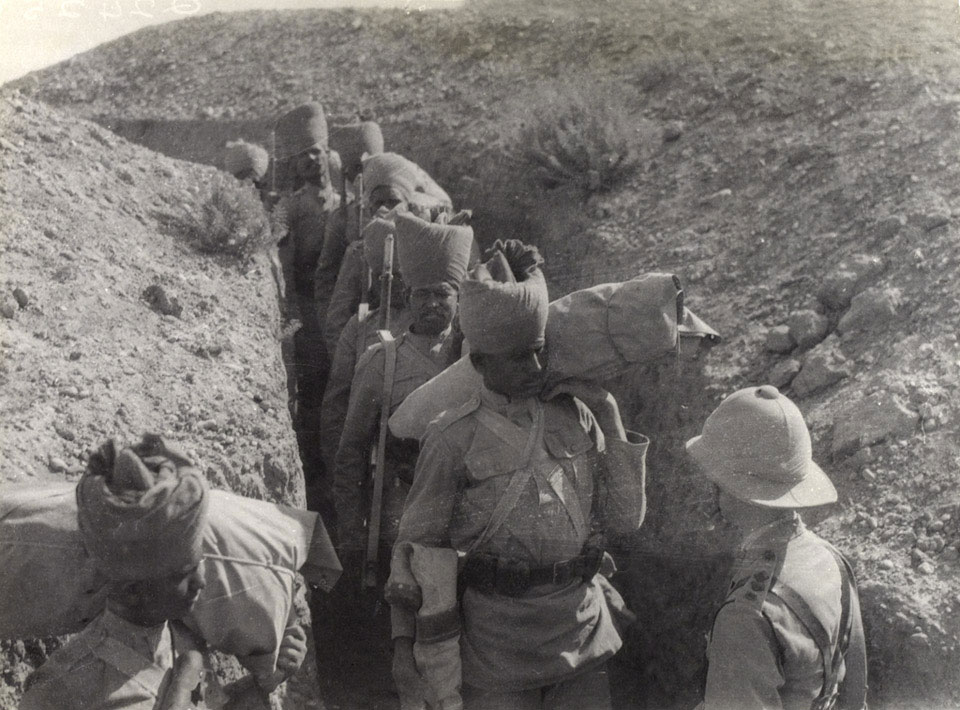 Indian troops passing through a communication trench on the Mesopotamian Front, 1917

From an album of 103 official photographs compiled by Colonel A H McCleverty, 2nd Queen Victoria's Own Rajput Light Infantry, 1914-1918.