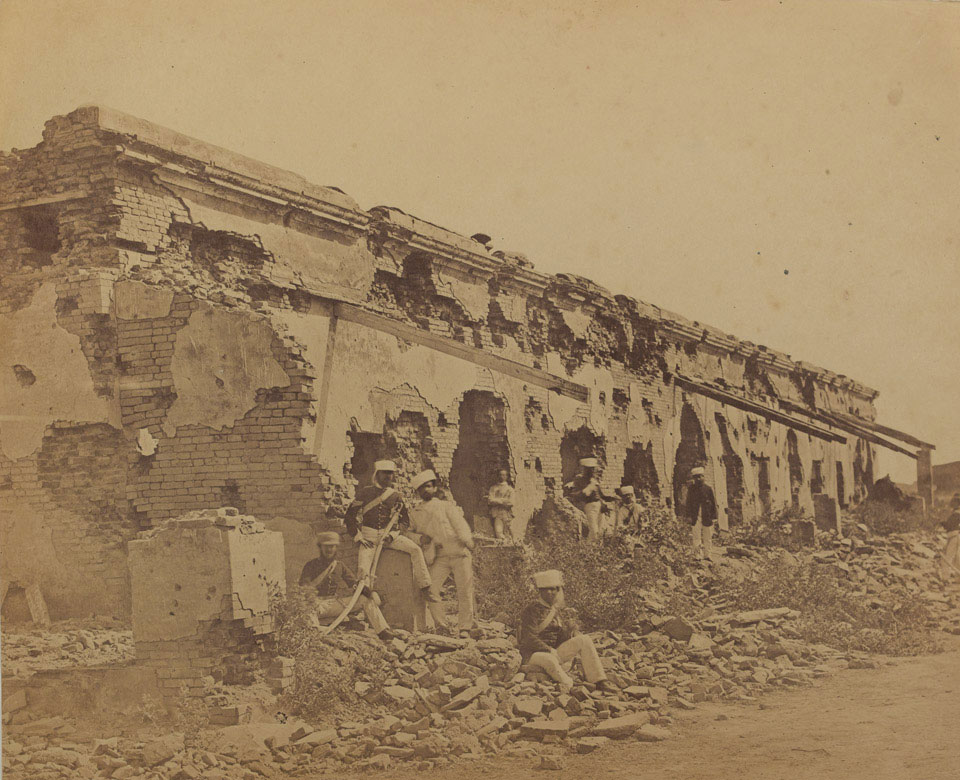 When news of the mutiny a Meerut reached Cawnpore, General Sir Hugh Wheeler built a fortified position, based around two barracks, outside the city as a possible refuge for the European community. In early June 1857 all the Europeans made for the entrenchment, whose enclosing wall, built of dry crumbly earth, was not yet finished. The subsequent Siege of Cawnpore lasted just over three weeks, and took place in June when the sun is at its hottest. The entrenchment had almost no shade, and contained only one well. This was in an exposed position, covered by enemy fire. Beato's photograph of the ruins in the entrenchment, with its carefully posed soldiers, was taken several months after the siege and subsequent massacre.