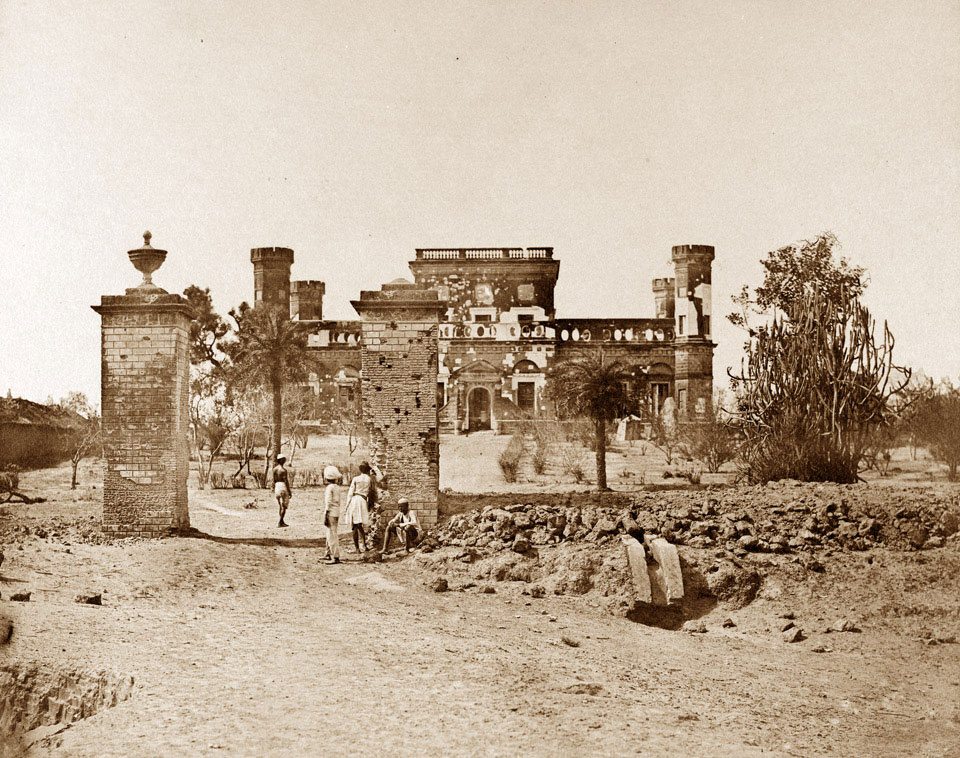 The 'mess house' was originally known as the Khursheed Manzil (House of the Sun) and was a large two-storeyed mansion built by Nawab Saadat Ali Khan and his son Ghazi-ud-Din Haidar. After the British annexation of Oudh in 1856 it was taken over by the officers of the 32nd (Cornwall) Regiment as a mess house. It subsequently witnessed fierce fighting during the Siege of Lucknow.

The defenders of the house were eventually forced to retreat to the Residency compound, where the 32nd, under the command of Colonel John Inglis, formed the main part of the British garrison. During the siege the regiment lost 15 officers and 364 other ranks killed and 11 officers and 198 other ranks wounded. The 32nd also won four Victoria Crosses during the siege.